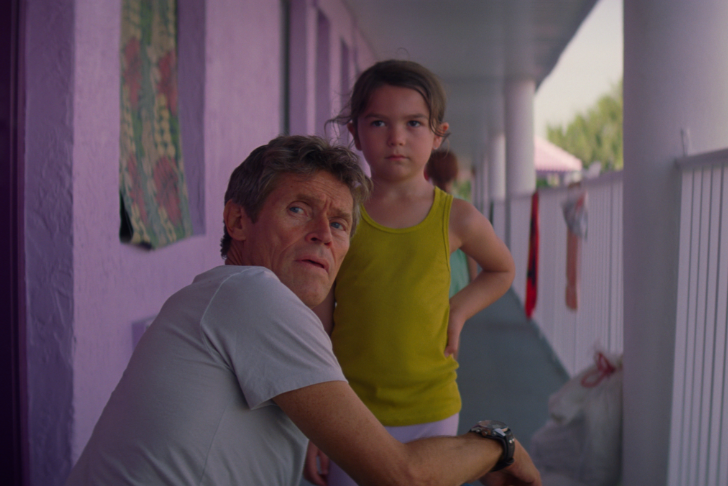 HBO has for a long time been the best streaming platforms to find great TV series to watch. But there are a lot of good movies on HBO as well. In this article, we have listed 10 movies that you might not have seen already. This is truly a mix of movie recommendations with very different stories and genres, but they all have one thing in common - they are seriously good. Dramas, comedies, thrillers or movies based on a true story, you’ll find it all right here. Let’s take a look!

Some have called this movie a masterclass of cinema, and if you are looking for a high-quality drama, Handmaiden is a great choice. The story follows Sookee, a woman who’s hired as a handmaiden to a Japanese heiress. Sookee is secretly involved in a plot to defraud the heiress, but when emotions spark between Sookee and the heiresses uncle, her plans shift. In short, an engaging thriller and complex story filled with emotions. A good movie to watch on HBO right now.HBO Max

This movie is a real hidden gem you should definitely watch. Anne Dorval puts on an absolutely sublime performance as the young widowed mother, raising her violent son alone, when a mysterious neighbor inserted herself into their household. As a powerful drama centered around family issues, Mommy is an emotional rollercoaster and a beautiful piece of cinema, making it one of the best movies on HBO.

Starring Willem Dafoe, The Florida Project may be one of those movies you come across and add to your watchlist but soon forget about. This is you calling to watch it. The story follows six-year-old Moonee over the course of a summer when she, together with her playmates, embarks on different adventures and bonds with her rebellious but caring mother. To summarize, an uncomfortable but powerful story with brilliant characters. The Florida Project is a must-watch movie on HBO.

If you are looking for a funny and entertaining movie to watch, then Palm Springs is the one for you. As a refreshing addition to the time-loop stories we often see in mystery movies, Palm Springs follows two wedding guests who develop an unusual relationship while living the same day over and over again. Quirky and charming as a comedy should be, this movie makes for a great watch during those relaxing weekend movie nights.

Based on a true story, The 12th Man takes place in Northern Norway during the Nazi occupation of 1943. When 12 saboteurs have their boat sunk by the Germans, only Jan Baalsrud survives. Running for his life, Jan has to endure the harsh environment and brutal weather while also avoiding the Nazi patrols. This is a different type of war movie that carries a heartfelt insight into the human spirit. Gripping but at times difficult to watch, The 12th Man is another hidden gem you should watch.

Every now and then, a movie comes along that proves to be more educational than entertaining. That is definitely the case with The Best of Enemies. Based on the true story of civil rights activist Ann Atwater, this historical drama tells her fight against C.P. Ellis, a member of the Ku Klux Klan, in 1971 over the issue of school integration. This movie is thought-provoking, moving but most importantly, worth your time.

Rolling back the years a little bit, we’ll find this crime-thriller on HBO that you might have missed. Sexy Beast stars Ben Kingsley as the brutal gangster Don Logan when he recruits retired thug Gal for one last job. It proves to be easier said than done, but one thing is assured, violence. Evil, unsettling but fascinating in its own way, Sexy Beast may be a forgotten movie from the past that deserves to be shown more love. In short, a great movie to watch on HBO.

Hugh Jackman and Allison Janney are known as great actors, and in this movie they prove their worth yet again. Bad Education is based on the true story of a beloved superintendent of New York’s Roslyn school district and his staff as they become the prime suspects in one of the biggest public school frauds in American history. Both entertaining and very interesting, this movie is one of the best to watch on HBO.

The Tale was an instant hit with the critics back in 2018, maybe because of Laura Dern's performance or the gripping story. Nevertheless, this is a distressing story filled with emotions and heartbreaking moments. When a woman filming a documentary on childhood rape vicitims starts to question her own childhood, she embarks on a terrifying journey discovering what really happened to her 30 years ago. Other than being a powerful story, The Tale also proves to be an important watch. In that, this is a movie you should check out.

Few are probably not familiar with the name Srinivasa Ramanujan, if you are one of them, this movie could be the one for you. The Man Who Knew Infinity tells the story of Ramanujan's life and academic career as a pioneer in mathematics. As a historical drama, this movie is brilliant in the way it portrays a world most of us never see - the reality of academic competition. To summarize, a beautiful movie on HBO that is perfect for a lazy evening at home.

HBO also have great TV shows:  Here are our favorites from 2022

Have you seen Don't Worry Darling on HBO yet?: Find out everything you need to know about it here