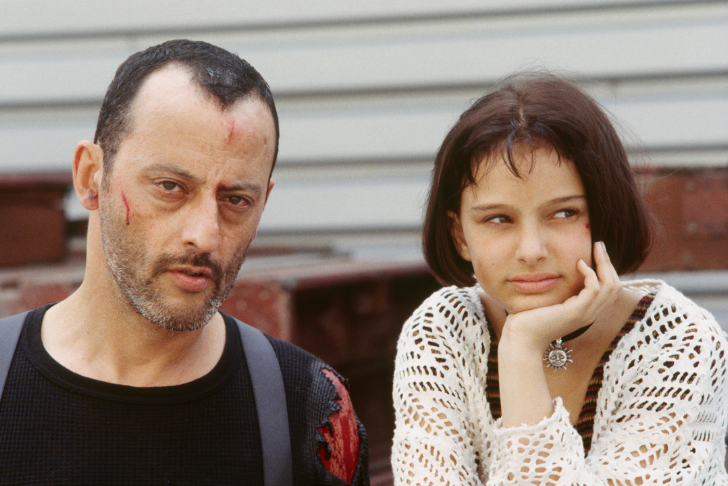 Someone said that friends are the family we choose. And what’s better than spending some quality time together with your friends in front of a great movie? It is for sure one of our favorite things to do. To make your life a little bit easier, we have listed 16 of the best movies about friendship you should definitely watch with your besties. Good laughs, better dramas and thrilling stories, it's all here. Whatever mood you guys are in, these movies guarantee great entertainment and strengthen your friendship. Let’s take a look!

As its name suggests, this movie tells a story about two popes Pope Benedict XVI and Pope Francis. Its story revolves around the events in the Vatican in 2012, when Pope Benedict invites Cardinal Bergoglio, who will become his successor, to announce his intention to resign. Facing his friend and his greatest critic, the pope starts a dialog that will determine the direction of the church. The story will give you an opportunity to look at the Roman Catholic Church, and performances of Sir Anthony Hopkins and Johnathan Price will blow you away. In short, a great story about friendship.

If you are in the mood to laugh, cry, hate and feel, then this is the movie for you. Set in a ghetto where drug trafficking goes hand in hand with religion, Divines follows Dounia, a teenager living in the slums, when she and her best friend decide to start working for a successful drug dealer. Dounias' ambition to escape poverty becomes complicated when a exotic dancer enters her life. This movie is a must-watch and one you probably haven’t seen before.

Let the Right One In is probably one of the most unusual stories about friendship you will ever see. It tells a story about a lonely boy who befriends a peculiar girl that lives next door. After he notices the odd behavior of his new friend and learns the truth about her true nature, the boy goes through a roller-coaster of emotions - from fear and avoidance to acceptance. Gloomy, dark and horror-like, this is a great movie to watch with your friends by your side.

Leon is an iconic movie directed by Luc Besson. It is a thriller with various elements of drama and characters that will charm you from the first scene. The protagonist of this movie, Leon, ends up in a strange turn of events protecting his neighbour, 12-year-old Mathilda whose parents have been brutally murdered. The friendship between Leon and Mathilda grows so big that Leon is ready to do everything it takes to keep her alive. This is one of the best movies about friendship ever made.

Set in 1983, this is a story about a troubled boy growing up in England. Constantly bullied, he starts a fight with some kids in school, and on his way home he comes across a few skinheads. They become his new best friends and he finally starts feeling like he belongs somewhere. This movie isn't only a great story about friendship, but also about the effects extremism and violence driven by nationalism can have on a young individual. In short, an insightful and thought-provoking classic.

There is really no need to introduce The Shawshank Redemption. A movie that has been on the top of the IMDb and many other movie lists for a long time now, this movie is one of the greatest ever made. It follows Andy Dufresne, who was framed for a double murder and convicted to serve two life sentences in the Shawshank prison. There he befriends Elis Boyd, known as Red, and together, these two do their best to survive the cruel environment. A classic movie worth rewatching time and time again.

Mystic River is a dark tale about three childhood friends. Though they have lived separate lives, a brutal murder reunites them. A cop, a gangster and a family man with childhood trauma find themselves in a difficult position from which they are not able to see the truth clearly. Directed by Clint Eastwood, this movie will keep you on the edge from the opening until the closing scene.

The Big Lebowski is a movie that will introduce you to several interesting characters. The protagonist of this film is a slacker from the L.A. whose only ambitions are to drink White Russians and hang out with his friends in a bowling alley. Once he gets mixed up with a shady businessman of the same name, he finds himself in trouble. The only people who he can rely on for help are his two bowling bodies. In other words, a great story about trusting old friends.

50/50 is another of our favorite movies about friendship. When it comes to personal tragedy, it proves to have good friends by your side. This story follows a young ambitious man who, out of nowhere, gets diagnosed with cancer. Naturally, the shocking news sees his life crash down. While his girlfriend leaves him, his immature and goofy friends stick by him and together they embark on a journey that sees their friendship grow stronger. If you don’t know what to watch with your friends, we highly recommend this one.

This crime drama is based on a true story that happened in 1996, when nine monks in Algeria were kidnapped and killed by Muslim Jihadi insurgents. As Jihadist enter the village, the monks are forced to decide whether they should flee or stay and continue their teaching in incredibly dangerous circumstances. Facing a type of violence they are unable to stop, the monk's struggle to keep their faith and eventually decide to stay and help their neighbors during these difficult times. This is a thought-provoking and slow-paced story with great performances.

Intouchables is probably one of the greatest movies about friendship you’ll ever see. Based on a true story, the plot follows a quadriplegic and his assistant who forms an usual friendship as they get to know each other and learn to live together. Coming from completely different backgrounds, their values and outlook on what’s important in life forms a strong bond between them. Prepare a few tissues, this story will make you shed a few tears.

The Place Beyond The Pines is probably one of the most underrated movies of all time. The story follows a motorcycle stunt rider, Luke, as he realizes that he needs to ensure a better future for his wife and child. To provide, he turns to crime for quick and easy money. His plans take an unexpected turn when he crosses paths with an ambitious cop aiming to climb the ranks within the police. Without spoiling too much, this movie is two stories in one but centers around relationships with friends and family throughout. If you haven’t already watched it, this is your calling to do so.

This is one of our favorite comedies available to watch right now. Bridesmaids follows Annie who turned her life into a mess and, though she is unhappy with her choices, she continually makes the same mistakes. However, when her best friend Lillian tells her she got engaged, Annie's primary goal becomes to be Lillian's maid of honor. As she competes for this position with Lillian's new friend Helen, both ladies reveal their ridiculous and infantile side. Is Annie capable of justifying the trust Lillian gives her? Watch this hilarious movie to find out.

Sometimes friendships form under the most bizarre circumstances. That is definitely the case in this movie. Set in a Native American reservation, Wind River follows an FBI agent, Jane Banner, and U.S. Fish and Wildlife Service agent, Cory Lambert as they join forces to resolve a murder. They manage to find common ground and even become friends, making this crime-mystery a great movie to watch together with your friends.

This movie has been one of the pillars of feminist cinema. It is a story about two friends sick and tired of men who have treated them badly. One day, these ladies decide to run away together and embark on a journey that will change them in unexpected ways. Thelma and Louise rebel against anyone and everyone who tries to tame them, and they have fun all along the way. A coming of age movie providing great entertainment.

Set in the ancient times of fairy tales, Willow tells a story about an aspiring sorcerer of the same name and a warrior Madmartigan who get the task to protect a royal infant hunted by an evil queen. As they get in and out of trouble, Willow and Madmartigan become inseparable friends. Through various adventures they show exceptional bravery, ready to risk their lives for a future of a kingdom they live in. To summarize, a forgotten classic worth watching again.

Looking for something newer? Find the latest on streaming platforms right here!

Or do you feel nostalgic? Here are our favorite movies from the 2000s