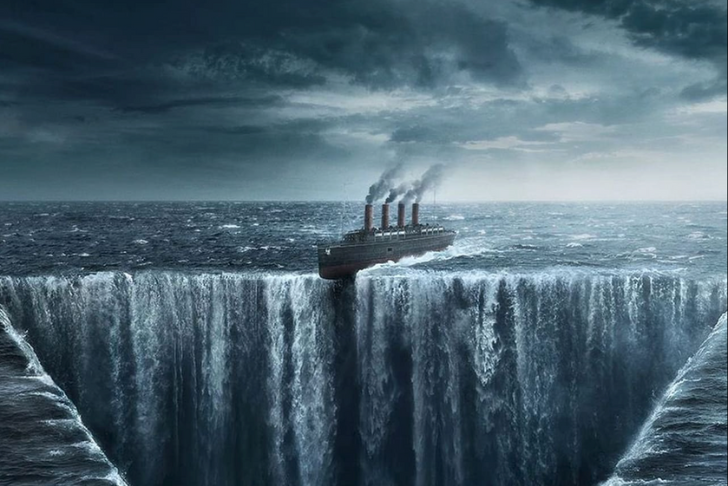 1899 Netflix Series - Everything You Need To Know About

Showrunners Baran Bo Odar and Jantje Friese burst onto the scene back in 2017 with their original series Dark (2017-2020) on Netflix. From the get-go, they established themselves as masters of dark thrillers and horror sci-fi. Dark sits comfortably on the IMDb list of the highest-rated TV series ever made. In other words, the bar is set quite high for Odar’s and Friese's second joint project, the latest sci-fi thriller series on Netflix “1899”.  Before its release, the anticipation and hype for 1899 came not only from Dark fans but also from new fans taking an interest in the mysterious darkness set to take place on the Atlantic. Once the first trailer arrived, we knew we were in for a good show. Literary. In this article, we’ll go through everything you need to know about Netflix’s latest series 1899.

If you haven’t seen the first episode yet, there is no need to worry. We won’t spoil anything crucial to the plot. That is if we were even able to do so. Because this is indeed a dark story filled with twists and turns making the actual plot a mystery in itself. Mind-bending, intriguing, and provoking, 1899 follows the footsteps of Dark in a convincing way. So, what is it about?

Fittingly set in 1899, we embark on a voyage alongside an interesting group of different kinds of characters onboard of a "Titanicesque" ship named Kerberos. From the start, as we are introduced to the mix of European travelers, we can assume they all have a bigger role to play in the mystery that’s to come. Separated into first class and…everything that’s below first class, we get a glimpse into who we are traveling with. Danes, Spaniards, Germans and French, the whole European Union seem to be on this cruise.

Months prior, another ship named Prometheus disappeared without a trace along with its crew and passengers. Assumed sunken or worse, the chances of finding someone alive from Prometheus seem unlikely. Onboard the Kerberos, the protagonist Maura Franklin keeps a mysterious letter from her brother - let’s say we don’t know what this letter is or what her brother wants, but the letter seems to be important somehow. It just so happens that the captain carries a similar letter. They also appear to take the most interest in finding Prometheus.

To everyone's surprise, a message carrying coordinates is received although it shouldn’t be possible. The only company with the technology to send messages that far is the company operating Kerberos and Prometheus. In other words, if Kerberos didn’t send a message to themselves, there could only be one other ship transmitting the coordinates. Lo and behold, once Kerberos reach the coordinates sent by the distressing signal, they find Prometheus. And queue the thrilling mystery…

It is fairly evident that 1899 categorizes fans into two distinctive groups - those who love it and those who don't. Generally speaking, we think the hype and anticipation towards the show before its release caused more confusion than anything else. These kinds of TV shows (and movies for that matter) that plays with an uneven plot and mysterious characters are more often than not hard to follow. Or understand. Once you lose track of what’s happening, it’s like hitting an iceberg (no pun intended), and easier to just turn it off.

But on the other hand, if you truly enjoy watching mind-bending, horror-like, dark thrillers, you’ll love 1899. Or if you enjoyed watching Dark, you’ll love 1899. This show demands patience and invites a curious mind to digest the plot as it happens. You won’t be able to figure it out straight away. It's a twisty and wavy (pun intended) TV series.

Check out this article to catch up on the latest on streaming platforms.