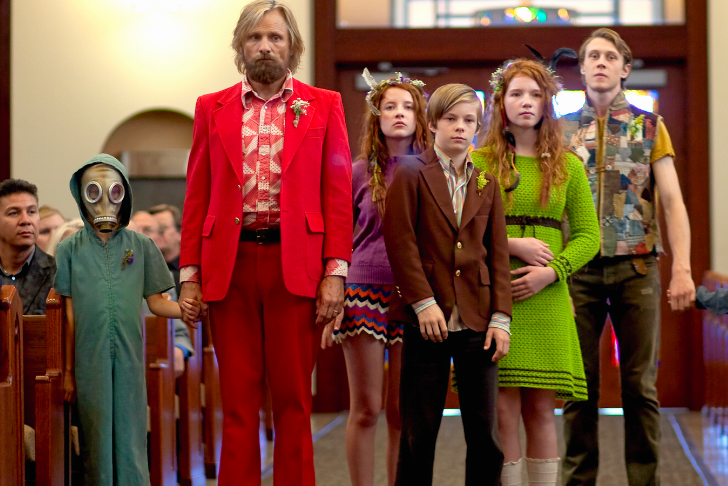 5 Movies To Watch With Your Family

Organising a movie marathon for your family may be a complicated task. Your mom might like a heart-felt drama, while your dad is for a factually correct war drama. Siblings might be in a mood for some comedies or teenage movies, and your partner might wish to get some quiet time so they may vote for a cartoon that will occupy your kids for an hour. Whichever is the case, this list will help you choose a film for each of them and hopefully you can focus on some quality time with the fam.

Captain Fantastic is an outstanding movie about a father living in the forests of the Pacific Northwest with his six young kids. After his wife dies, he takes his children to introduce them with the rest of the family. And, as his father-in-law learns about the way they have been living, he decides to file for custody over the children. But the only way for this man to prove he is a fit father are his kids, who are thought to be healthy, honorable and happy

Boyhood tells a story of a divorced couple giving their best to raise a son together. Focused on a boy, the story follows him from the age of 6 until he turns 18. Through deep exploration of his relationship with his parents and other people he meets during these years, we get to witness all of the transformations he goes through. Filmed from 2003 until 2012, this movie is a unique opportunity to see an actor growing up and getting old in front of your eyes.

When a gangster and his entire family get under a witness protection program and move to France, one might think they would do anything to keep low profiles. Still, it is not as easy to give up old habits. While the father sends a plumber to the hospital on the first day they settle in their new home, the mother blows up a supermarket, the daughter knocks out a boy who is disrespectful towards her, and the son forms his own scheme of corruption in school. Is this family capable of fitting into this new and uninviting environment?

Ben Stiller really knows how to put on a show and this legendary comedy is here to prove that. Playing a goofy man-nurse named Gaylord, he takes his fiancé and her parents to meet his family the Fockers. And, what a collision of the worlds that is! As they are introduced to the free-spirited and overly touchy Fockers, Jack and Pam Byrnes (his future mother and father in law) are a bit appalled. Jack, who is an ex-CIA operative, turns this visit into a mission of debunking Gaylord's past. Will he stand in a way of the young couple's happiness?

his Wes Anderson's movie introduces audiences to three American brothers who have not spoken to each other in a year. To bridge their differences, they set off on a train voyage across India. Their goal is to become brothers again like they used to be. However, their journey takes a wild turn. The perfect family film for a movie night!