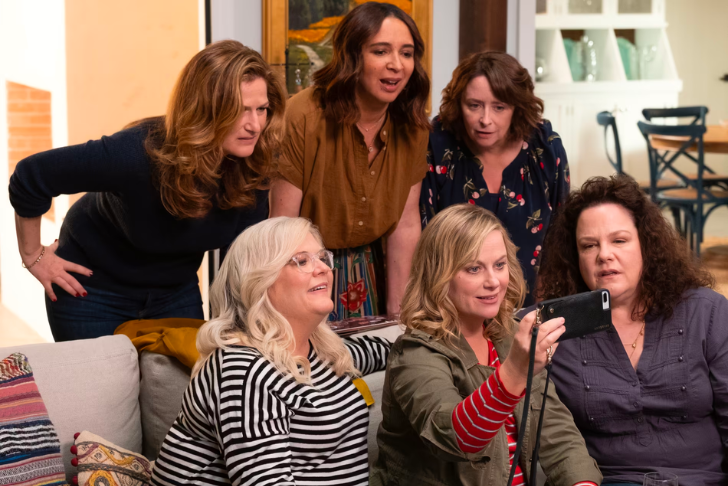 In the mood for something silly? A light comedy is always a good idea. Instead of scrolling Netflix for an hour to find one, here are 6 brilliant comedies available on Netflix.

Not everyone has heard of this one but some say that it's the best that Netflix has done in a long time. The story takes place in the 1970s and '80s where the National Lampoon's success and influence creates a new media empire overseen in part by the brilliant and troubled Douglas Kenney.

Tim thinks he's invited the woman of his dreams on a work retreat to Hawaii, realising too late he mistakenly texted someone from a nightmare blind date. Had us laughing out loud through most of the movie. Cringe-worthy, funny and over the top, in a good way. Starring David Spade and Lauren Lapkus.

During a vacation to Napa Valley, a group of long time friends reunite and revisit past choices in this hilarious and heartfelt comedy from director Amy Poehler. A simple, unpretentious comedy about middle aged women getting drunk and acting inappropriately. Directed by Amy Poehler and starring Maya Rudolph, Rachel Dratch and Tina Fey.

After years of putting her career first, a stand-up comic meets a guy who seems perfect: smart, nice, successful and possibly too good to be true. It's a fresh look on the reality of dating and a different way of telling a familiar story.  It's funny, honest and well written.

Two ridiculously overworked personal assistants hit on the idea of setting up their respective bosses together in the hopes that the assistants will then get pushed around a bit less. At first they're surprisingly successful but a plot this ambitious could never run totally smoothly could it?

A family friendly comedy starring Jennifer Garner and Edgar Ramírez playing a mom and dad who usually say no decide to say yes to their kids' wildest requests with a few ground rules on a whirlwind day of fun and adventure. Ideal film if you are a parent looking to spend a nice evening with your kids.