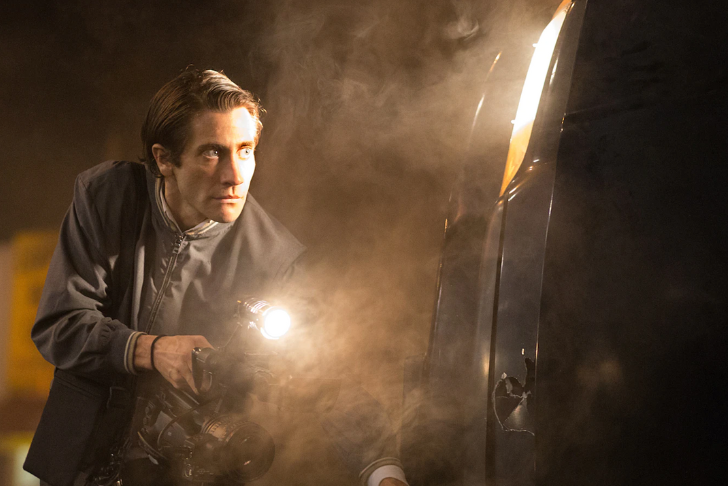 Crime and thrillers are a lot of people's favorite genres. They are often dark, gritty and suspenseful - something often far from our own reality - which makes them exciting to watch. There are many crime movies out there to choose from, but to get a sense of what makes these types of movies great, we have listed a few of the best that we think you should watch first. These movies will set the bar and guide you down paths of different intense and thrilling experiences. Let’s take a look!

When talking about crime movies, Prisoners will always spring to mind first. This is the pinnacle of dark and gritty movies that portrays every parent's worst nightmare. When the six-year-old daughter of Keller Dover and her friend go missing, he takes matters into his own hands as the pressure builds and time ticks away. Incredibly suspenseful and thought-provoking, Prisoners is a masterpiece of chilling atmospheres and brilliant tension. In short, the best crime movie to watch.

An emotionless loner driving through the night trying to find crime and accidents before they happen is the premise of Nightcrawler. Jake Gyllenhaal shines as the manipulative freelance videographer who lingers in the street trying to find gruesome footage to sell to a news channel. Psychopathic and cold, it is hard to look away as the reporter comes closer and closer to bloody action and finding his way to the top of the freelance world. Nightcrawler can easily be regarded as one of the best crime movies to watch.

Shot in a documentary-style, End Of Watch is an emotional rollercoaster that follows the daily life of two young police officers in LA. Together they confront the darkest of crimes and Latino gangs ruling the streets. Thanks to the real and gutsy footage, it feels like you are right there with them in good and bad times. To summarize, End Of Watch is a gripping and intense cop movie letting you experience a day in the life of a police officer. Definitely a crime movie worth watching!

You might have noticed a pattern with the first four of these recommendations. Jake Gyllenhaal stars in all of them. Why? It just so happens that he excels in crime-thrillers. Another of his many great movies is Nocturnal Animals. Amy Adams stars alongside Gyllenhaal as a wealthy art gallery owner who is haunted by her ex-husband’s novel, a violent thriller she interprets as a symbolic revenge tale. This is an intelligent mind-bending movie with “a story within a story” that is devilishly in its darkness and crimes. In other words, a thrilling experience worth taking the time to digest.

The Place Beyond The Pines is an epic example of layered storytelling that will pull the rug from underneath you. The story follows a motorcycle stunt driver who turns to robbing banks when he needs to start providing for his family. Meanwhile, an ambitious rookie cop is looking for the perfect opportunity to climb the ranks in the police department. It is inevitable that their paths will cross, but not in the way you might think. All in all, this may be one of the greatest underrated crime-thrillers of all time.

Before Robert Pattison played crime-fighting Bruce Wayne in The Batman (2022), he was on the other side of the bars in this movie. Good Time tells the story of a bank robbery that went south, putting Connie Niklas' younger brother in prison. In an attempt to get him out of jail, Niklas embarks on a twisted journey through New York city’s underworld. A gritty crime movie that promises an intense ride. Definitely worth watching.

Going back almost two decades, we find this biographical crime-drama that you might have missed or forgotten about. Telling the story of Aileen Wuornos life, the infamous Daytona Beach prostitute who became a serial killer, Monster is a gripping but incredibly depressing tale of a woman who never had a chance. This is probably one of Charlize Theron’s best performances ever, which is another reason for you to watch this classic crime movie.

Similar to Monster, this movie (with the most complicated and lengthy title in the history of cinema) recalls the terrors that struck the U.S as a result of Ted Bundy’s awful crimes. Although centered around the shockingly evil serial killer, the story focuses on his longtime girlfriend, Liz, who refuses to believe the truth about him for years. In other words, this is a different kind of crime movie carried by the performances of both Zac Efron and Lily Collins.

Not in the mood for crime or thrillers anymore? Find something completely different with this article: