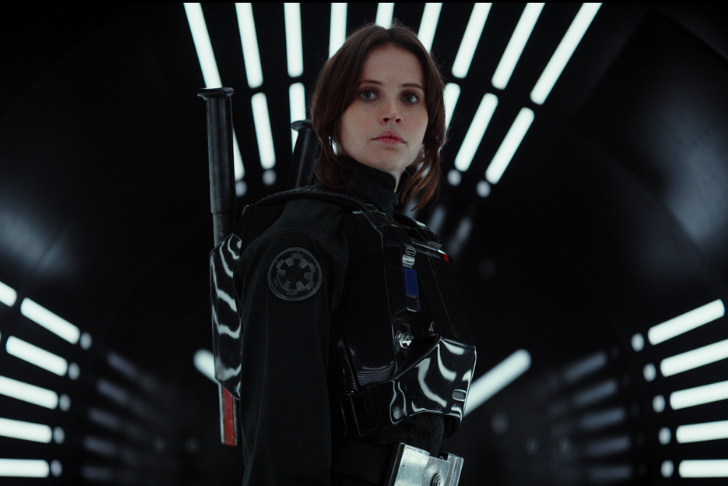 Women are everywhere in action films, and thankfully not only a sexy ingredient anymore. In this article, we have listed movies with female leads that radiate strong and powerful energy. Raid tombs with Alicia Vikander, become a top-tier FBI agent with Emily Blunt or watch as a young Saoirse Ronan evolves to a lethal assassin. Action is guaranteed with all and they will keep you on the edge of your seat all night long.

Starring Emily Blunt as an idealistic FBI agent, Sicario is a great action movie with a handful of big-name actors. We follow Blunt as Kate Macer who leads a response unit for the FBI as they try to infiltrate and take down a Mexican cartel and their leader Manuel Diaz. Promising thriller-like suspense tied with true action, Sicario is one of the best female led action movies to watch.

As a favorite among Star Wars fans, Rogue One brings back the magic from the galaxy far, far away that fans fell in love with in the first place. The story centers around Jyn Erso, played by Felicity Jones, and a group of rebel forces who plot a mission to steal the plans to the infamous Death Star. It is said that a weakness in the construction of the weapon may be hiding in the blueprints. As always, the future of the galaxy rests in their hands. Even if you haven’t seen Star Wars yet, this stand-alone movie will prove to be a great action flick and may even spark the force within you. A fantastic movie led by a great female protagonist.

Science-fiction and action is usually a recipe for success - that is the case with Alita: Battle Angel nevertheless. This is a fascinating anime-epic which takes cinematic visuals to another level. Alita, a reactivated cyborg created by the mysterious Dr. Ido, goes above and beyond on a quest to figure out who she is. To find the answers, she has to fight and kill. Visually stunning, this story is a real surprise that offers great entertainment. In other words, a great action movie with a female lead.

Every list of action movies has to include at least one superhero film. And while talking about female protagonists, there is no better superheroine than Gal Gadot in Wonder Woman. Gadot plays Diana, the princess of the Amazons, as she leaves her home for another world. Convinced she can stop the ongoing threat on this other world, she soon discovers her powers and true destiny. As far as classic superhero movies go, Wonder Woman ticks all the boxes. And Gal Gadot shines as Diana in this adventurous action movie.

The ever so talented Saoirse Ronan plays a sixteen-year-old girl who was raised by her father to become the perfect assassin. While on a mission across Europe, a ruthless intelligence agent, played by Cate Blanchett, with secrets of her own is tracking Hanna wherever she goes. Thanks to the performances of Saoirse Ronan and Cate Blanchett, this movie is both entertaining and packed with action. In short, a great movie to watch.

Filling the shoes of Angelina Jolie, Alicia Vikander takes on the legendary character of Lara Croft in Tomb Raider. She plays the fiercely independent daughter of an adventurer gone missing. When she discovers the island where her father disappeared, she has to push herself beyond her limits to try and find him. This action movie is really carried by Alicia Vikander as the female protagonist, pulling off the action role brilliantly. A great action movie for adventure seekers!

Lucy brings a story with a unique idea, and the result is a stunning and impressive action movie.

Scarlett Johansson plays a woman accidentally caught in a dark deal, but who turns the tables on her captors and becomes a merciless warrior evolved beyond human logic. With a captivating climax, this is one of our favorite action movies to watch with a female lead.

Didn’t find what you were looking for? We got more!

Take a look at these high-quality classics directed by women