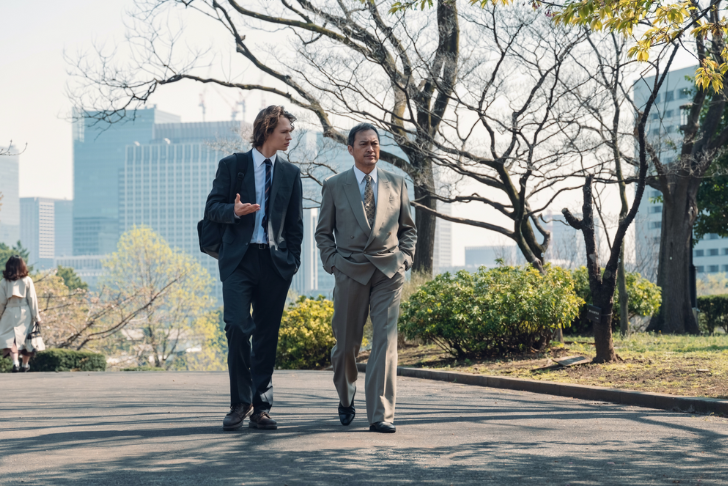 HBO is undoubtedly one of the greats when it comes to TV series. Game Of Thrones, Sopranos, The Handmaid’s Tale, Euphoria, The Wire - you get it, the list is long of high-quality series given to us by HBO. 2022 proved to be yet another year where HBO delivered a few of the best series made this year. From dragons in Westeros and the Australian outback, to hospitals and Japanese criminal underworlds, there is bound to be a show on this list for you. Let’s take a look at the best series to watch on HBO Max from 2022.

‍If you are looking for something completely different, The Rehearsal is the perfect match for you. Without telling us if the show is scripted or not, we follow Nathan Fielder as he gives people a chance to rehearse for their own lives in a world where nothing ever works out as expected. In short, a creative satire which is as fascinating as it is horrifying. If you enjoy thought-provoking, documentary-style storytelling then this HBO original is definitely worth watching.

The highly popular prequel series to Game Of Thrones has to be on the list of the best series on HBO in 2022. House Of The Dragon went head-to-head with Amazons The Rings Of Power in a streaming war this past fall. And from what we can tell, House Of The Dragon came out on top. This show follows the brutal civil war of house Targaryen that eventually led to their demise. Set about 200 years before the events of Game Of Thrones, this fantasy series might be the best series of the year and definitely worth watching.

TV series based around doctors and hospitals have for a long time hit the ground running with a large audience. And if you are one of those who enjoy these kinds of dramas, then you’ll probably want to watch this show. This Is Going To Hurt follows the life of a junior doctor on Labor Ward and depicts the honest reality of his job. With an engaging story and impressive performance by Ben Whishaw, this show is both gut-wrenching and comedic at the same time. In other words, a great show to watch on HBO.

The DC Universe was made a bit brighter when Peacemaker was released. With lovable characters, this series picks up from where The Suicide Swuad (2021) left off. Peacemaker, played by John Cena, returns home only to discover that his freedom comes at a price. A refreshing series combining action and comedy, Peacemaker became a fan favorite from the get go. Watch this series if you want to go on a wild and ludacris ride.

Crime and thriller are two genres that often guarantee high-quality stories, which is definitely the case with this show that you might have missed. Tokyo Vice follows a young Western journalist working for a publication in Tokyo who finds himself investigating one of the city’s most powerful crime bosses together with an older detective. This is an excellent, dark and gritty TV series offering an insight into the 90’s in Japan. Tokyo Vice will captivate you from the start and let you enter the criminal world on the other side of the world.

As a silly, adventurous show based on the real life of a 18th-century would-be-pirate, Our Flag Means Death is an entertaining story you are sure to enjoy. When Stede Bonnet leaves his charmed lifestyle as a gentleman and becomes the captain of a pirate ship, he has to gain the respect of his crew and lead them against the evils waiting for them across the sea. Who would have thought a funny pirate-period drama could be so hooking? This show is easy to binge-watch, and one of the best on HBO.

This slow-burner thriller is one hidden gem we recommend you to watch. The story follows a man who wakes up in the Australian outback with no memory. With only a few clues to help him, he has to rediscover his identity before his past catches up with him. Although dubbed as a thriller, you can expect a few good laughs along the way. Quirky but at times dark, The Tourist is one of the best series to watch on HBO right now.

Maybe you want to watch a nostalgic movie instead. Find them in this article!