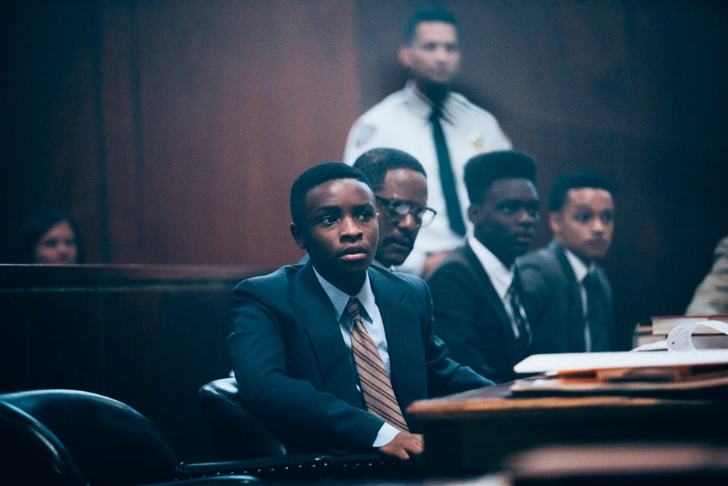 Best Series To Watch On Netflix

A good TV show to obsess over is one of the greatest feelings ever, either to binge-watch or to come back to after a long day. Even more so when you can share your feelings and thoughts about a show with other fans. But there are a lot of streaming platforms out there and also a bunch of top quality TV shows. Chances are you missed out on a few along the way. That’s why we thought we should list the best series to watch on different streaming platforms in one place, and first off is Netflix. Let’s dig in!

This mini-series is based on true events and one you might not have seen already. The story follows five teens from Harlem who got accused of assult and rape in New York’s Central Park in 1989. Spanning decades, they fight to prove their innocence while spending time behind bars. When They See Us is a hard watch which will move you to tears, but for the same reason, it is one of the best series on Netflix. In other words, an incredibly important TV show to watch.

The best way of describing Black Mirror is to call in a series of short movies. In a groundbreaking manner, every episode is a standalone story which allows you to enter different dystopian, sci-fi and dark worlds time and time again. This anthology series lets us imagine what the world could look like in the future, where high-tech innovations become humanity’s greatest but also most dangerous achievements. To get a feel for Black Mirror, we recommend you watch The Entire History Of You (season 1, episode 3), Playtest (season 3, episode 2), Black Museum (season 4, episode 6). This is one of Netflix’s best series.

Actor Wagner Moura quickly rose to the top after portraying the infamous drug lord Pablo Escobar in Netflix’s Narcos. The incredible story of how cocaine drug cartels lead by Escobar tormented Colombia, and the DEA’s hunt after him, promises must-watch entertainment. With mesmerizing performances, dark and real insight into the spectacular events that took place, Narcos is definitely one of the best series made by Netflix.

It’s not too often that a TV show or movie in a foregin language hits the ground running with an international audience, although there are a few exceptions. One of them is Dark. This German masterpiece raised crime-mysteries to a new level. The story takes place in a German town where the disappearance of two young children exposes the double lives and fractured relationships among four families. Dubbed as one of the most complex series, Dark will lure you in from the start and keep you on your toes until the end. If you have already seen it, you know you might need to see it again. It is that good

If you are one of the lucky few that haven’t seen (or for some reason stayed away from) Stranger Things, this might be the ultimate time to jump on the bandwagon and start binge-watching the show. Arguably one of the biggest original series by Netflix, this fantasy story follows a group of friends and family who face supernatural forces to find a young boy who disappeared. Set in the 1980’s, Stranger Things will be a nostalgic experience for some and a captivating story for others. The hype over this show indicates that this is one of the Netflix series ever made.

Before you say “next, please”, this is not an ordinary animated TV show. Fans have declared BoJack Horseman as one of the best adult animated shows ever, and for a few good reasons. The story of BoJack, a forgotten television star living in Hollywood complaining about everything, hits hard and will make you wonder why an animated series can feel so real. It provokes feelings all adults can relate to which is why this series is one of the best on Netflix. In short, a great alternative if you are looking to binge-watch a dark-comedy story

By order of the Peaky Blinders, we had to include this iconic show on our list. The show is set in 1900s Birmingham and follows a gang who sew razor blades on the peaks of their caps, lead by the fierce boss Tommy Shelby. Shelby plans to build a business empire regardless of who dares to stand in his way. There is something special about this mafia series, maybe it is the way you’ll find yourself quote the show randomly or it's just too good to forget. In any case, Peaky Blinders certainly deserves its spot on the list of the best TV shows on Netflix.

A biographical drama is always an interesting watch, but even more so when it follows one of the most iconic characters and families in history. The Crown shined a new light on the Royal Family under the late Queen Elizabeth II’s reign which lasted the second half of the twentieth century. Political rivalries, romances and scandals, The Crown will always be a great choice to watch even if you haven’t thought twice about the Royal family before. With a star-studded cast, this series is considered to be one of the best on Netflix.

In the mood for a movie instead? Take a look at what Netflix has to offer here:

Good movies to watch on netflix

Each week new content is released on streaming platforms. Find out what’s new in this article: