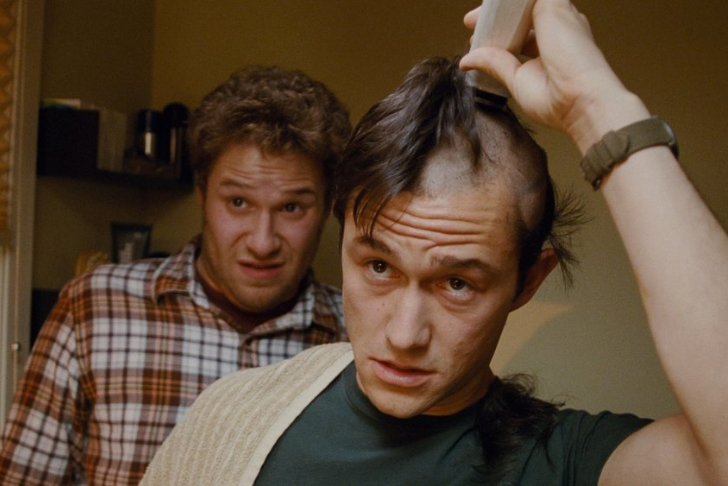 Drama Movies To Watch With Friends

Drama might not be the first genre you think of when preparing to watch a movie with friends, but its actually a great choice. To prove our point, we have gathered a few of our favorite dramas about friendship of different shapes and sizes. Here you will find dystopian worlds, secret agents and stories based on true events. In other words, something that everyone watching will enjoy!

The Perks Of Being A Wallflower is the story of a simple high school student experiencing the hardships of life. The trauma from losing his best friend, finding his first love, dealing with his own mental illness all while trying to find a group of friends - that’s his life. This is most certainly not another high school movie, but a coming of age story that really shines light on the importance of having good friends around you. In other words, a great movie to watch together with your friends

If you are looking for a more serious and thriller-like movie night with your friends, then this might be the movie for you. When Cory Lambert finds the body of a young Native American frozen in the Wind River Indian Reservation, F.B.I agent Jane Banner is called in to lead the investigation. Together they hunt for answers and justice while also having to face their own personal pasts. This crime-drama is mysterious and will definitely keep both you and your friends on the edge of your seats.

Inspired by a true story, this movie is dramatic with a hint of comedy. When Adam, played by Joseph Gordon-Levitt, is diagnosed with cancer, his life crashes down. His girlfriend leaves him desperate and the only person he can rely on is his immature and goofy friend. With 50/50 chances to get cured, he starts to realize the important things in life. Another beautiful story about friendship on this list, and for sure a good movie to watch together with your friends.

Set in a modern day London, Kingsman is a story about a young man who goes from roaming around the streets of the city to becoming an agent for a secret organization. After going through training and a complete makeover into a distinguished gentleman, his first assignment is to save the world. Light and amusing, this movie features cinema legends like Colin Firth, Mark Strong, and Samuel L. Jackson. In other words, a good movie to watch together with friends.

Jonah Hill takes a step back from being in front of the camera in this movie. As the writer and director, he gives us a glimpse into the life of the 90’s. And he does it well, it feels like you are there. The story follows Stevie, a thirteen-year-old who spends his summer navigating between his troubled home life and a group of new friends that he meets at a skate shop. With a nostalgic soundtrack and fabulous acting, this movie is a great choice to watch with your friends.

Based loosely on a true story, War Dogs is about David Packouz and Efraim Diveroli as they embark on a journey selling government contracts for guns and ammunition. While the war in Afghanistan is in full swing, David and Efraim have one goal in common - to make money. Jonah Hill and Miles Teller have great chemistry on screen, which makes this story an exciting and thrilling watch.

Divergent is an entertaining movie to enjoy with your friends, that’s for sure. Shailene Woodley plays Tris, a girl who discovers she is a Divergent. In a world divided by factions based on virtues, Divergents are plotted to be destroyed. Tris and the mysterious Four must therefore find out exactly what makes the Divergents dangerous before it is too late. An adventurous movie with a blend of action, comedy and romance makes this a great choice to watch with your friends.