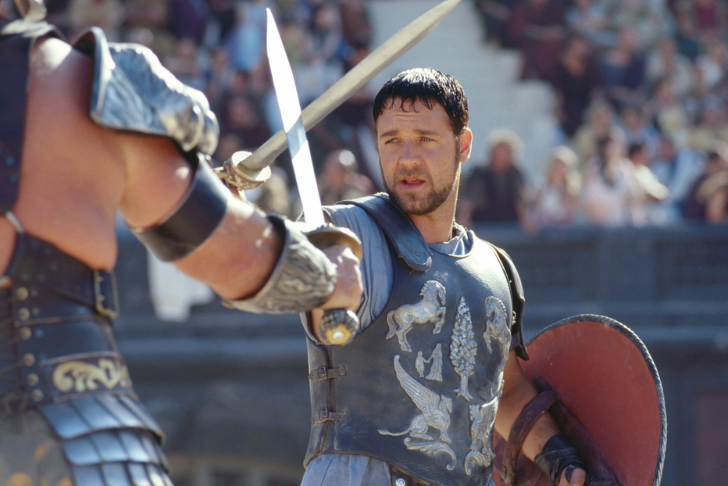 Editors Pick: The Best Movies Of The 2000s

Some might argue that the movies released between 2000 and 2009 are among the best ever made, also making those years a few of the best in cinema history. When looking at what movies were released back then, it is hard not to agree. And we all love a classic, high-quality movie, which is why our editors have picked out their favorites from the 2000s in this article. Chances are you have seen most of these, but when talking about the best movies ever made, there is no shame in watching them again and again. Let’s get nostalgic and enjoy these gems once more!

The 2000s started off with a bang when Gladiator first premiered. The story of Maximus, the powerful Roman general, is nowadays a legendary tale of love and vengeance. Before Emperor Marcus Aurelius dies, he names Maximus as his heir over his own son, Commodus. Accused of treason, Maximus gets put into the Gladiator games where his one goal is to seek revenge against Commodus who murdered his wife and child. As one of the best historical epics ever made, Gladiator had to be on this list.

When you think of Jim Carrey you probably recognize him as the funny and wicked character he so often portrays. But in this movie, he takes dramatic acting to another level. Eternal Sunshine Of A Spotless Mind is a romantic, sci-fi-drama where we follow Carrey as Joel Barish. Joel is shocked to discover that the love of his life, Clementine, had him erased from her memory. Navigating through loss and confusion, he decides to undergo the same medical procedure to erase her from his memory. This movie packs an emotional punch and will leave you feeling melancholy, in a good way. Definitely one of the best movies from the 2000s.

This movie may be a surprise to some of you but trust us, it’s not a hidden gem but a gem nevertheless. George Clooney stars as Everett, one of three convicts who escape the law and together embark on an entertaining journey crossing paths with all kinds of different characters and situations. O Brother, Where Art Thou? Is a surprisingly refreshing and hilarious hillbilly flick by the Coen Brothers that you definitely need to watch. The theme song will get stuck in your head and make you stomp your feet through the weekend. A great movie from the 2000s.

If you grew up or had kids during the 2000s, rewatching Monsters Inc today will be a trip down nostalgia and memory lane. Monsters have to scare children so that they scream in order to power the city. Working in pairs, we follow two of the best scarers, monsters Mike and Sullivan. Letting a child into their world is the one thing scarers need to be careful about, which is exactly what Mike and Sullivan accidentally do. Monster Inc is one of the most inventive stories and a superb movie to watch with the family. In other words, one of the best movies from the 2000s.

Adrien Brody won the Oscar for best actor in a leading role after portraying a Polish Jewish musician in The Pianist. While trying to survive in the Warsaw ghetto during World War II, he sees the destruction and terror of war first handed. Being separated from his family, he hides in various locations among the ruins until the war ends. This is both a visually stunning and brilliantly narrated story made hauntingly beautiful thanks to Brody’s acting. As one of the best tales of survival, The Pianist is a must-watch film from the 2000s.

Looking for something you might not have seen already? Check out these articles instead:

Release Radar: What To Watch This Week

Movies To Watch Based On A True Story