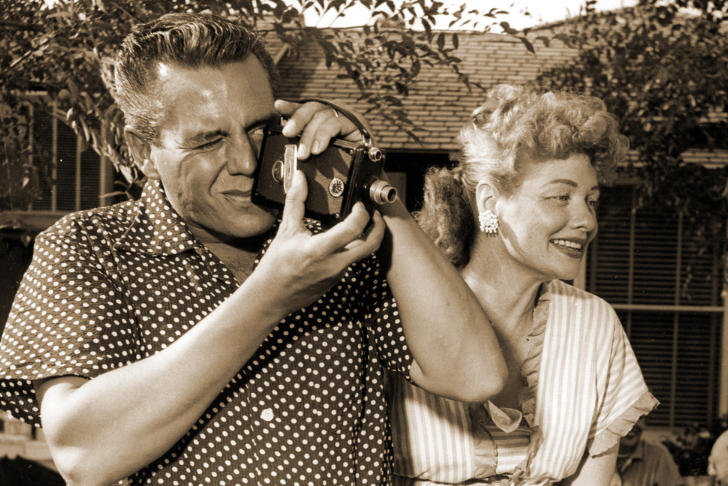 A good documentary should be influential in such ways that you gain new perspectives on and about life. The true purpose of documenting is the goal of capturing a part of life that otherwise wouldn’t be seen or recreated in the exact same way every again. A moment that has passed but remembered through footage and stories. With regard to the essence of documentaries, we have listed good documentaries to watch from 2022 that will do the trick. All the way from Hollywood to caves in Thailand, here you’ll find fascinating stories that will enlighten you in many ways.

Actress Lucille Ball was a pioneer who broke barriers for women in Hollywood and changed the course of the entertainment business forever. Long before her death in 1989, she had already imprinted her name in the history of Hollywood and television with the groundbreaking sitcom “I Love Lucy”. This documentary explores the rise of the iconic comedian Lucielle Ball, as well as her relationship with co-star Desi Arnaz. In short, this is an emotional and insightful documentary with a loving tribute to a (forgotten) actress and businesswoman.

A few years ago, the world held its breath when news broke of a young football team and their coach who found themselves stuck deep inside a cave with little hope to ever see sunshine again. Dramatized by Amazon in the 2022 movie “Thirteen Lives”, this documentary tells the story from the real people involved in the attempt to rescue the team, as well as the young boys trapped inside. Heartbreaking but also inspiring, this documentary is definitely  worth watching.

Back in 2015, a devastating earthquake struck Nepal claiming thousands of lifes. In this riveting and terrifying documentary, we see as the tragedy unfolds and the inner greed and selfishness of tourists on Mount Everest uncovers. It is said that we are defined by our actions, this tale of devastation should not be considered as a documentary remembering the aftermath of an earthquake but rather an insight into human behavior and morals. An awful tragedy defined by a few awful human beings that will make you think twice and look at the world differently. In other words, a great documentary to watch.

Hate him or love him, Elon Musk has for a long time reached for the stars and set his mind (and money) on returning humans to space. This documentary offers rare inside access to NASA and SpaceX during the 20 years it took to send American astronauts back to space aboard U.S. rockets. Uplifting and informative, this is a brilliant documentary that will spark your interest for space and make you long for the moment humans set foot on a new world (looking at you, Mars).

In this astute documentary, we are once again reminded about the true powers of mother nature. Following storm chasers, survivors and first responders recounting their harrowing experiences with volcanoes, tornadoes, hurricanes and earthquakes, we’ll gain even more respect for the people seeking natural phenomenons and the ones risking their life to help people in desperate need. As a documentary should, it will leave you with new perspectives on life and nature. A great choice if you are looking for a good documentary!

When this documentary was released earlier this year, it spread like wildfire on social media. If you haven’t seen it already, this is a great documentary. Posing as a wealthy, diamond mogul, Simon Leviev lured women he met via Tinder with a glamorous lifestyle hiding the fact he was a nobody and conman. A few of his victims who lost millions of dollars in the hands of Leviev, come together in this documentary to tell their story - and plan for payback. This true-crime documentary serves as a reminder not to trust strangers on the internet. In short, a brilliant but enraging documentary.

If you think the devil doesn’t exist, think again. In this chilling documentary about religious extremism, Lori Vallow’s children vanish. We follow the search for them while a trail of suspicious deaths unravels and a new husband sharing the mothers views enters the scene. A rough and unbelievable story about the life of young victims forced into a dark cult by the ones that were supposed to protect them. A gripping documentary for those who enjoy true-crime stories and are not afraid to come face to face with religious fanatics.