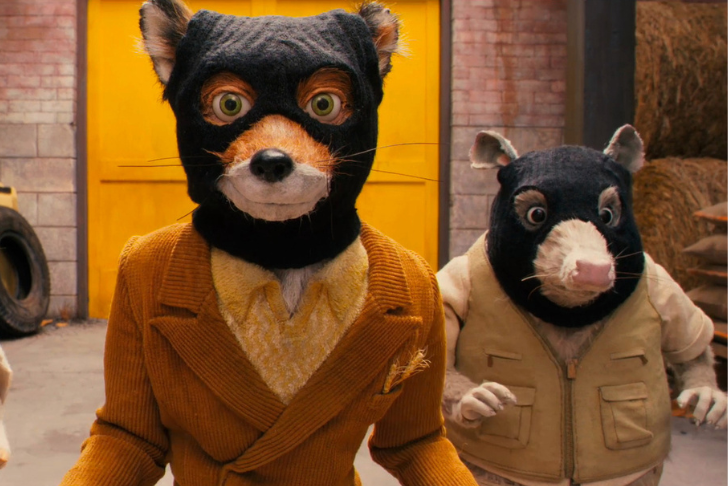 Good Movies To Watch This Autumn

Looking for a good movie to watch right now? Great! The cozy and colorful autumn season is here, and we are preparing to spend a few hours in front of our TVs watching movies that resonate comfy autumn vibes. Take some time and enjoy a good autumn movie. In this article, we have listed a few recommendations that we think works perfectly for the beginning of October.

Good Will Hunting is such a classic it’s hard to add much on the top of everything that has already been written. It is guaranteed to give you strong autumn longing vibes. Matt Damon plays a young janitor at M.I.T who proves to be an unrecognized genius. But his gift for mathematics is an unpolished diamond, and while in desperate need to find direction in his life, he crosses paths with a psychologist played by Robin Williams. If you haven't seen this one yet, you are in for a treat. But there is no shame in watching it again and again. A true autumn classic!

The color of autumn is undoubtedly orange, and what's more orange than a fox? In this Wes Andreson animation, we are once again reminded of Andersons creativity and passion for colorful storytelling. This movie is about Mr. Fox and his wild ways of hen heckling, turkey talking, and cider sipping, nocturnal, instinctive adventures. In other words, the normal life of a rebellious fox. It’s an endearing and hugely enjoyable experience that fits like the hand in a glove during fall season. Definitely a good movie to watch right now!

Autumn is the season of American football, so what’s more fitting than watching the inspiring story of Michael Oher? Based on a true story, The Blind Side is a classic sports movie. Leigh Anne Tuohy and Sean Tuohy stubble upon a homeless and traumatized young Michael who has little formal education and few skills to help him learn. The Tuohys offer him a roof over his head and ensure he has every opportunity to succeed. It just so happens that Michael enjoys playing football, and the rest is history as they say. The Blind Side is a beautiful and tear jerking movie, and a good watch during the cozy season of autumn.

The tale of Harry Potter, an ordinary eleven-year-old boy serving as a sort of slave for his aunt and uncle learns that he is actually a wizard, is yet another classic that we can’t forget. Everybody knows Harry Potter and Hogwarts, the magical school of Witchcraft and Wizardry, which makes this the perfect movie to watch for a trip down memory lane during a cold and rainy autumn night.

Frances McDormand is an incredible actress, and she shines yet again in this melodramatic and slow paced story of American nomads. McDormand plays Fern, a woman in her sixties who lost everything in the Great Recession, as she embarks on a journey through the American west living as a van-dwelling modern-day nomad. Beautiful cinematography and a heartfelt message that lingers throughout the story, Nomadland is a great movie to watch right now.

This coming of age movie might not be the first one you think of when talking about movies fit for the autumn season, but bear with us. Nadine’s life as a high-school student gets even more unbearable when her best friend, Krista, starts dating her older brother. The Edge Of Seventeen is an emotional rollercoaster that proves to be relatable for viewers of any age. Hailee Steinfield showcases her acting skills as Nadine and the film is a great teen flick that hits hard. Definitely a good movie to watch right now as schools and autumn have started.

A list of good movies to watch during October and autumn wouldn’t be complete without at least one horror movie. To get into the mood for the scary wonders of Halloween, watch Anya Taylor-Joy as Thomasin in The Witch. A family in 1630s New England is torn apart by the forces of witchcraft, black magic and possession. A tense and gothic atmosphere makes this movie a great choice if you are looking to hide under the covers during a thunderous autumn night.