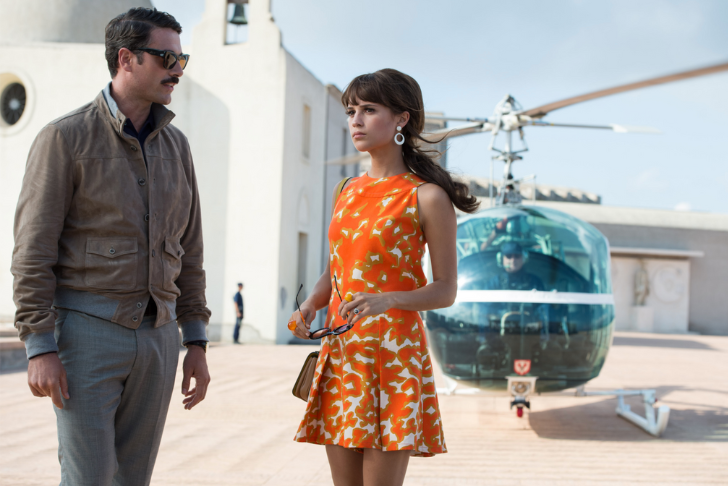 Good Movies To Watch With Your Boyfriend

Choosing a movie to watch with your partner is something we all dread. It can be hard to find the perfect blend between your taste in movies and theirs, which is why we gathered a few movie recommendations to make your life easier. In this article, you’ll find a selection of movies we think is great to watch together with your boyfriend. Impress your partner with suspenseful thrillers, superheroes or movies based on true stories. There is definitely something you both can enjoy. Let’s take a look!

A favorite among fans and critics to bring home an Oscar or two, All Quiet On The Western Front portrays the brutality of life in the trenches during the first world war. The story follows teenage soldier Paul Bäumer and his friends as they enlist in the German army only to find the reality of war to be something much more different from what they expected. A brilliant high-quality movie that is at times difficult to watch, which makes it a good movie to watch together with your boyfriend.

Adam Sandler is known to play goofy and comedic characters and is often forgotten as a terrific drama actor. Hustle is one of his latest performances that struck gold and proves once again that he is one of the most versatile actors around. The story follows a basketball scout who discovers a young prodigy playing on a court outside Madrid. Together, they fight to make a name for themselves and get back into the NBA. An inspirational sports drama with a hint of comedy ensures great entertainment for you and your boyfriend. In short, a great movie for date night!

It is safe to say that Robert Pattison took the beloved superhero Batman to places where we’ve never seen him before. On the verge of being almost too dark and gritty, we once again enter the city of Gotham as a serial killer begins murdering key political figures. Batman puts on his detective's cloak and is forced to investigate the city’s hidden corruption while also questioning his own family’s involvement. Almost three hours long, this movie needs time to grow one you but it will definitely be worth it. A great movie to watch with your partner.

In this movie, you unfortunately won’t see Henry Cavill as Superman but instead as a CIA agent by the name Napoleon Solo. Solo and KGB operative Illya Kuryakin participate in a joint mission against a mysterious criminal organization, which is working to proliferate nuclear weapons. Directed by Guy Ritchie, you can expect fast paced action and a touch of humor throughout the movie. If you and your boyfriends haven’t seen it already, this is the perfect movie for you two lovebirds to watch.

The Predator franchise sits close to its fans' hearts, and this latest addition brings a refreshing take on the classic story. Prey made history as the first movie ever to be dubbed in Comanche and premiere in a Native language, which is pretty cool if you ask us. The story is set 300 years ago and follows Naru, a skilled warrior of the Comanche Nation, who fights to protect her tribe against one of the first highly-involved Predators to land on Earth. This movie promises a suspenseful atmosphere as a mysterious and dark thriller should. To put it simply, a perfect movie to watch with your boyfriend.

Let’s roll back time to the colorful 1970’s with Licorice Pizza and its humorous and romantic plot. The story centers around the relationship between Alana Kane and Gary Valentine, from growing up together to falling in love in the San Fernando Valley. An aesthetic masterpiece with immaculate vibes makes this movie a great choice to watch with your partner when you’re looking to relax together.

Based on a true story (which seems absolutely crazy), The Greatest Beer Run Ever is the story of a man who left New York in 1967 to bring beer to his childhood friends in the Army while they were fighting in Vietnam. Starring Zac Efron as the wicked Chickie Donohue, this movie is fun but also an eye-opening look at the Vietnam war. It serves as a sad reminder of the effects the war had on families and humans in general. This movie is a great ride through history and a great watch together with your boyfriend.

Didn’t catch a vibe with any of these recommendations? That’s cool. We have a few more that might be better suited for you guys. Check them out here:

4 movies to watch with your boyfriend