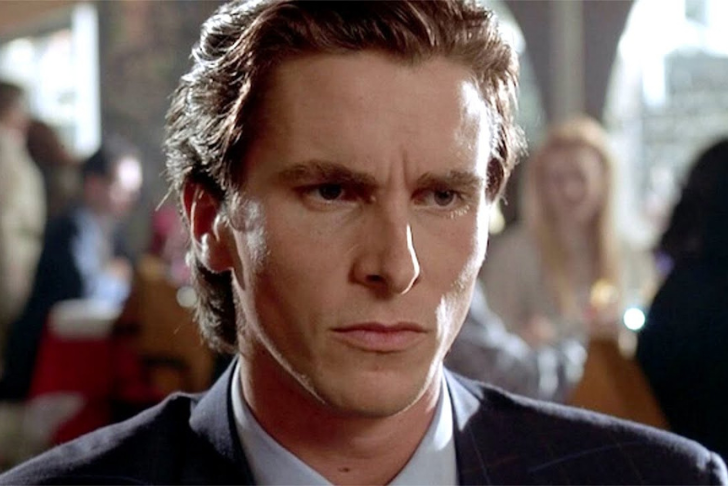 Did you know that American Psycho (1993) was directed by a woman? That's right, her name is Mary Harron and this is how she described it in an interview "It’s a satire about how men compete with each other and how in this hyper-real universe we created, women are even less important than your tan or your suit or where you summer and to me, even though the women are all sort of tragic and killed, it’s about how men perceive them and treat them."

In the following list we will introduce you to 9 of the classics made by women.

When you look at American Psycho, the last thing that comes to your mind is that it was directed by a female. Still, that is the case. This classic was directed by Mary Harron, and there is no doubt she did a great job. Following a serial killer whose only aim is to achieve corporate success, American Psycho is a direct critique to the capitalistic society and a business culture that was nurtured all through the 80's and 90's. If you still haven't seen it, the time is now!

Directed by Kathryn Bigelow, this movie is a chronicle of the decade-long search for Osama bin Laden. It is a heart-pounding story told from the very beginning in 2001 until the end in 2011, when the notorious terrorist died. Though it seems to be an unlikely theme for a female director, it is a political thriller that will not disappoint.

At the first glance this movie seems like a dull Victorian drama. However, it is much more than that. As it follows the mute pianist Ada McGrath and her daughter Flora while they try to adapt to the new way of living in New Zealand. Ada is sold into marriage to Alisdair Stewart, a cold man who does not understand the music, but when she meets his acquaintance George, things take a different turn. This one crowned Jane Campion as the first woman ever to get a Palme d'Or in Cannes in 1993.

A more recent movie based on the very classic novel of the same name, this movie is a coming of age drama set in the times of the Civil War in America. Heart-warming and optimistic, it will take you to a period when women had to fight twice as hard and use their wits to be heard.

Monster is a story about one of the serial killers that shocked the public in the 80's ﾗ Aileen Wuornos. Portrayed by Charlize Theron, this woman goes through emotional hell. Carrying deep scars from her childhood, she starts robbing and killing men, and with that loses every chance to have a decent life. If you ever wondered who Aileen Wuornos was and what she was thinking, this movie will tell you all

When you see Patrick Swayze and Keanu Reeves on the screen together, you know you can expect good action. But, has it ever occurred to you that Point Break was directed by a woman? Well it is. Made by Kathryn Bigelow, this movie tells a story about a gang of bank robbers, and an F.B.I. agent set to catch them. Believing that they might be surfers, he joins a group he believes could be responsible for a crime spree. However, things get complicated as he learns more about them.

After the death of the man with whom she shared life and losing all of her property in the Great Recession, Fern sets off on a journey of self discovery. This quiet and hard-working woman becomes a nomad. Traveling through different parts of the country, she teaches us about loneliness, but also about the community of modern nomads and their way of living. To help audiences better understand it, director Chloe Zhao filmed actress Frances McDormand with a group of real people. Ordinary and extraordinary at the same time, Nomadland is a movie that will not leave you indifferent.

This amazing movie is a collaboration of two directors ﾗ Jonathan Dayton and Valerie Faris. It follows an unusual family on their way to support their youngest as she enters the beauty competition named "Little Miss Sunshine". Genius in so many ways, it glorifies family on one side and critiques the world in which beauty standards are forced on girls from a very young age.

Based on a true story, Boys Don't Cry is one of the saddest films you will ever watch. It tells the story of Brandon Teena, a young transgender man, who was raped and murdered by his male friends in 1993. Inspiring and heart-breaking, this movie reminds you that having true values means you appreciate another person for what he or she truly is.