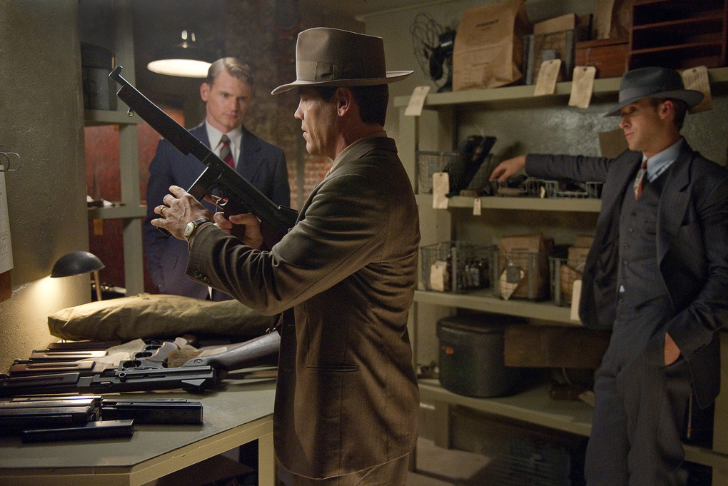 High-Quality Mafia Movies Made In The 2000s

Although mobster movies had their peak during the 70s and 80s, the last two decades offer a handful of high-quality mafia movies. As the movie industry changes and progresses so does this always-popular genre. Thanks to that, in the last few years there are mafia films that are presenting the story through beautifully shot scenes and compelling dialogues. If you are ready to take your time of the day to see some of them, here are our suggestions.

If you are into: Great Dialogues, Great Casts, Suspenseful action

It is not often we see Tom Hanks in the role of a gangster's right hand. Yet, in Road to Perdition, that is exactly who he is. He plays Mike Sullivan, a hitman for mob lord John Rooney. However, once his son sees one of the killings, he has to give up his old ways. This film is a heartfelt crime drama, in which cruelty is intertwined with love, honor, and loyalty. If you wish to learn what the future holds for Mike Sullivan, take a look at this complex movie.

If you are into: Intense violence, Suspenseful stories, Political dramas

Suburra is a modern mafia story, in which the characters are not simple bullies, but bold and calculated entrepreneurs. The movie revolves around a crime lord known as Samurai, whose business plan is to build a new Vegas on the Rome waterfront. Other mafia bosses want a piece of that cake as well. And, that is the recipe for a war in the style of old-time mobsters. A great choice if you enjoy mafia movies.

If you are into: Intense pace, Serious stories, Old-school

If you are wondering how a modern mafia family works today, Gomorra can give you the answer. Based on Roberto Saviano's book that almost cost its author his head, this movie tells a story about the mafia clan that takes charge of Naples and Caserta. The infamous clan fears nothing and respects only blood, money, and power. Instead of paradise by the sea, the suburb of Naples seems more and more like hell on earth. Is there a way to get out? You will know only if you watch the movie.

If you are into: Great Casts, Violent Action, Fast Pace

Gangster Squad brings you back to Brooklyn in 1949. Sean Penn portrays the mob king Mickey Cohen, who runs this town's underground by running gun trades, prostitution, drugs, and controlling wire bets. Mickey is an intimidating figure, to say the least, yet that doesn't stop LAPD outcasts like John O’Mara and Jerry Wooters from going against him. A modern take on a classic mafia themed story.