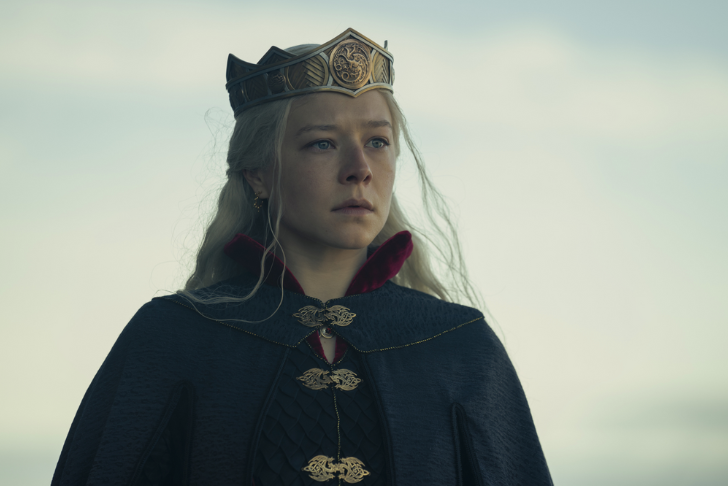 With 9.3 million viewers, the season finale of House Of The Dragon was HBO’s biggest finale since Game Of Thrones in 2019. The show has averaged 29 million viewers per episode in the U.S alone, which is more than all but the two final seasons of GoT. In other words, House Of The Dragon is now playing in the big leagues. The prequel series has relit the flame of passion for George R.R Martin’s fantasy world and waiting for the second season is going to be straight up agony. In a good way. In this article, we’ll recap the last episode and talk about what we can expect in season two.

There is no doubt that the first season of House Of The Dragon paved the way for a game of thrones to take place in the second season. And we couldn’t be more excited. The two last episodes established the obvious that has been in the making during the entire season.

Alicent Hightower struck the first play of the game when King Viserys passed and claimed that the king’s dying wish was for their son, Aegon, to inherit the throne instead of the previous heir Princess Rhaenyra. Doubters of the claim were shown to their graves as Aegon ascended the throne in front of the people of King’s Landing as their new king. “Bend the knee or be gone” to put it simply.

When news of her father’s death and the crowing of Aegon the Conqueror reached Rhaenyra, the realization that her rightful claim to the throne had slipped through her fingers set in. While in yet another gruesome labor, Rhaenyra’s loyal council lit up the Painted Table of Dragonstone to plot their next move.

Preparing for a potential war, Rhaenyra orders her children to mount their dragons and fly to supposed allied houses around Westeros as a reminder of who they had bent the knee too. After all, a dragon is more intimidating than a raven carrying a letter asking for continued support.

When young Prince Lucerys arrives at Storm’s End to meet with Lord Borros Baratheon, he finds Aegon the Conqueror’s brother, Aemond, who has already promised his hand to one of Borros' daughters, uniting their houses and betraying Rhaenyra.

Kicked out of Storm’s End, Lucerys hurries back to his young dragon Arrax and together they set off in the stormy weather. Among the clouds, the shadow of Aemond’s giant dragon Vhagar is seen flying above the Prince and Arrax. Both scared and inexperienced, Lucerys fails to control Arrax who suddenly breathes a ball of fire on Vhagar. In turn, Vhagar does what she does best and attacks in a bone-chilling manner.

To mark the beginning of her reign, Rhaenyra lost the throne and her youngest son in the hands of the enemies. Although she wished not to rule over a kingdom of ash and bone, the look on her face in the final scene of the season tells a completely different story. And as we know, every time a new Targaryean is born, it is said that the gods flip a coin and the world holds its breath to see how it lands. One side greatness. The other madness.

Civil war is on the horizon in the seven kingdoms as we patiently wait to see which side Rhaenyra’s coin lands on. Madness or greatness? House Of The Dragon Season 2 will most likely premiere in 2024, with production rumored to start during spring of next year.

If you don’t know what to watch until the second season of House Of The Dragon premieres, we have a few exciting recommendations that you should check out!

‍Looking for a new TV show to obsess over? Find it here!

Prepare for Halloween with a scary TV show