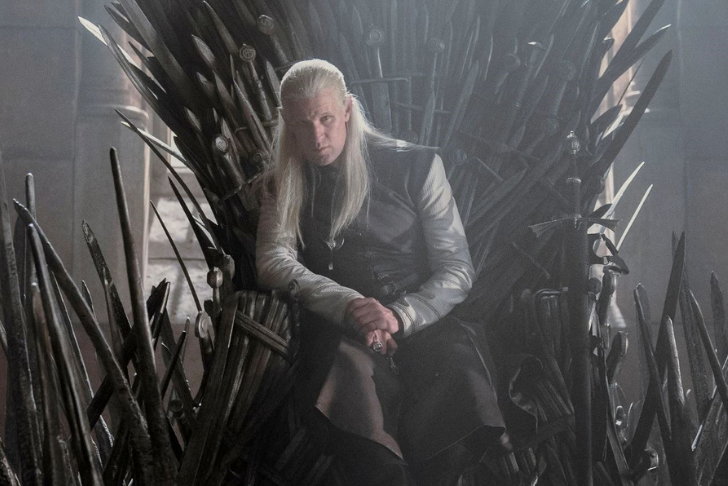 House Of The Dragon (Spoiler Alert!)

Game Of Thrones is back. Well, that’s not completely true but those are the initial feelings among fans after the first episode of HBO’s latest series House Of The Dragon. Like meeting an old friend you’ve not met for a couple of years and picking off from where you left like nothing has changed. Dragon premiered this weekend and it looks good. Seriously good.

Haven’t watched the first episode yet? Come back to this article when you have as there will be spoilers!

If you’ve watched Game Of Thrones, you know how high the bar is set for House Of The Dragon. Now that we have yet again entered the realm of King's Landing, the first episode “The Heirs Of The Dragon” was everything you’d expect from HBO and the world of Westeros. Almost 10 million viewers in the US alone tuned in for the first episode, making it the biggest premiere of any HBO series ever.

The opening titles start off by introducing the timeline and plot. “172 years before the death of the Mad King, Aerys, and the birth of his daughter, Princess Daenerys Targaryen.” Immediate goosebumps. Waves of nostalgia and butterflies of excitement from hearing Daenerys name again, followed by a dragon flying over King's Landing, could only result in even more goosebumps. And of course, the last time we saw a dragon fly over the Red Keep, it was Daenerys on her fiery quest to sit on the throne. A familiar soundtrack by Ramin Djawadi sets the mood from the get go. If there was ever any doubt that Dragon wouldn’t be able to uphold the magic of Game Of Thrones, the first few minutes of the episodes puts those worries to rest rather quickly. We are invested now.

The series protagonist, Rhaenyra, an ambitious young girl who fittingly loves to fly on her dragon, is much like Daenerys. Longing to make her world a better place, the opportunity to rule the seven kingdoms looks likely as her father King Viserys is yet to have a fitting heir to the throne. Her uncle, Prince Daemon, is the Commander of the City Watch and portrayed as a darker and mysterious character. The opposite of Rhaenyra. As the Commander, he orders his men to ransack King's Landing of its criminals during a brutal night of decapitations, blood and darkness. Eager to show his power and wrath, his goal is to put fear into the people and prove himself as a leader. He too wants to sit on the Iron Throne currently occupied by his older brother, and there is nothing to stop him from doing just that. Or is there?

After Daemons night of terror, the King orders a celebratory tournament to be held in honor of his unborn child who is on the way. While knights from various houses across the kingdom ride on horseback fighting each other, news reaches the King and his court that the King’s wife, Aemma, is having a complicated labor. There is no longer a guarantee that Aemma or the child will survive. A very explicit and bloody scene follows, as the King has to choose between saving his wife or his unborn son. With multiple failed pregnancies in the past, the chances of having a first-born son is too great to ignore. After all, this could be the potential heir to the throne. Viserys orders for the child to be cut out of his screaming wife who has little say in the matter.

Intense. Almost too intense. We knew that the ways of the world in Westeros were brutal, but it’s almost like we forgot just how graphic some parts really are. The showrunners threw us back in the deep end and if this was only the first episode, imagine what we will see later on.

It’s hard to take off the googly eyes and not be amazed by the stunning visuals of the first episode, even if the dragons look a little bit…fake. Together with a great soundtrack and compelling acting, this show could really be something else. Like Game Of Thrones once was. HBO must have felt the backlash from the last season of Game Of Thrones, as fans were skeptical towards Dragon before it was released. If the showrunners can keep the buzz from the first episode alive, and keep delivering throughout the series, we can imagine even the most heartbroken Game Of Thrones fans can begin to heal and forgive HBO. In any case, “the only thing that could tear down the house of the Dragon was itself.”

The first episode has already received thousands of reviews on IMDb, scoring an average rating of 9.0. Although it is quite even between male and female scores on IMDb, there is a difference. Females of different age groups have scored the first episode slightly lower than males. This may be because of some of the more explicit scenes that are in true George R.R. Martin and Game Of Thrones fashion. The Targaryens are known for their gruesome rule and monstrous violence. Hopefully, and most likely, we are going to see a strong character in Rhaenyra similar to the likes of Daenerys. It will be really interesting to follow the reviews and ratings by female users of IMDb as the series and characters progresses. If you are interested in how IMDb ratings work, check out our article The IMDb Average Rating Bluff

House Of The Dragon will be a 10-episode series with a new episode released every Sunday (or Monday if you are not in the US). By next week, we will know if the second episode can deliver the same amount of goosebumps as the first one did. But that is not all for next week. What's even more interesting is that Amazon is set to premier their new blockbuster TV show the same week. This means that HBO and House Of The Dragon will have a competitor in “The Rings Of Power” - a prequel series to Lord Of The Rings. Dragons or The Ring - what would you choose? We have written an in-depth article about the upcoming streaming war between HBO and Amazon to help you decide. Read The Rings Of Power VS House Of The Dragon - The Streaming Battle here.