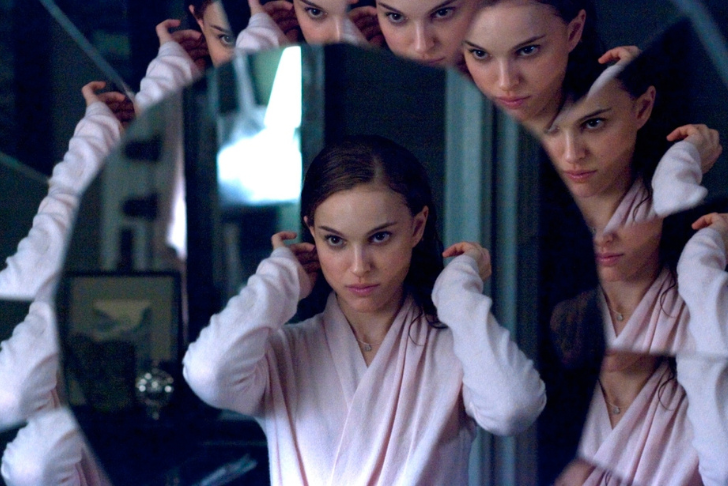 How Personality Affects Your Taste In Movies

Let’s say you meet a total stranger one day and the only thing you know about them is that their favorite movies are Hannibal (2001) and The Silence Of The Lambs (1991). At first glance, they appear to be real horror fanatics. Quite quickly, you are able to form an idea of who that person is based on their go-to movies. Although it might not seem fair to do, research actually tells us that our personality affects our taste in movies. In other words, our taste in movies is linked to who we are as individuals. So what does this all mean? In this guide, we take a closer look at how personality comes into play in the world of movies and how we can use it in our favor.

First of all, what is personality? Although researchers have provided different definitions, the general way of defining personality is by an individual's characteristic patterns when thinking, feeling and behaving. These aspects make up for how someone acts and is perceived by others. For example, our personalities affect our outlook on life and how we relate with family, friends or strangers. It’s the way we appreciate the world around us consciously or subconsciously. Reportedly, personality does not necessarily change as you grow older or switch environments, it's kind of a lifelong commitment if you will.
‍

If you are not familiar with the field of personality traits, you may be wondering which personality characteristics resonate strongest with you. While on the quest of finding out who we actually are, we can use the Five Factor Model (also known as The Big Five). The Big Five is a widely accepted psychological trait theory that describes personality through five factors; Openness to experience, Conscientiousness, Extraversion, Agreeableness, and Neuroticism. These factors map different personalities free of cultural or situational based aspects that could otherwise interfere with how one identifies their personality. Individuals can score higher or lower in each of these five factors, leaving them with stronger and weaker traits that ultimately define their overall personality.

Let’s get down to the nitty-gritty of this article. How does personality shine through in our taste in movies?

In a study made by Andrew Romans at Oklahoma State University, he found that people with high scores in the extraversion factor tended to appreciate genres like comedy or romance. He explains this as the result of extraverted individuals wanting to connect with people and seeking energetic, fast-paced dialogue and jokes. These traits are often associated with comedy and romance, thus making it favorable for extroverts.

People with high scores in agreeableness also tend to connect with romance, as they are often characterized by being compassionate and cooperative. Andrew Romans also found that individuals with high scores in openness drifted towards documentaries and science fiction, as these follow an intellectual, informational and adventure-like style. Additionally, according to a study made by researchers from Cambridge University and Universidad Autónoma de Madrid, people who like romance show personality traits similar to those who enjoy comedy or drama. Individuals who like foreign movies also share similarities with users who appreciate documentaries. In other words, two different personalities can share the same taste in movies.

Another aspect to take into consideration when exploring personality and taste is gender. For example, women tend to score higher in agreeableness and therefore also rate drama and romance higher than men. While men rate action and science fiction higher. These connections can of course be dubbed as stereotypes and need to be looked at with caution.

Reportedly, females with high scores in extraversion and agreeableness tend to prefer adventure movies, while males with low scores in the same personality traits also enjoy the same genre. The defining factor in this case is not necessarily different scores in personality traits but an individual's gender. Another example of this is animated movies. Females with lower scores in conscientiousness, extraversion and agreeableness and males with higher scores in the same traits both enjoy animation, further proving that individuals with different personalities can have the same taste in movies.

One way of interpreting your personality in relation to your taste in movies in everyday terms is by looking at what your strongest traits translate to when it comes to personality characteristics. Let’s imagine that you have answered the questions in the Big Five Test and you’ve got your results. What’s the next step?

If you end up with high scores in openness to experience, it tells us that you are most likely imaginative, intellectual and use fantasy as a way of creating a more interesting world. An obvious genre to turn to would be fantasy or science-fiction. These traits also indicate an individual who enjoys unusual ideas and brain teasers, which tells us that you are not afraid to think outside of the box - or in the sphere of movies - not afraid to watch unconventional stories. Her (2013) or Arrival (2016) would be a good fit for these personality traits.

Higher scores in neuroticism suggests that an individual would not enjoy movies with stressful plots. One element of neuroticism is a person's way of handling confusion and stress, which could leave them feeling vulnerable if they are ever in those situations. Movies like Buried (2010) or 172 Hours (2010) play with the audience's ability to handle stress and uncomfortable situations, making it a poor choice for that particular personality trait.

All in all, personality does not only tell you a bit more about yourself but can also explain why we like and dislike certain movies. Albeit it’s not a case of one or the other, personality gives an insight into how we perceive the world (and movies) based on our unique characteristics. By being aware of our personality traits, we can start to understand our taste accordingly. Maybe personality can explain why James Bond attracts more males and why the romance of The Notebook (2004) speaks more to females, but let’s not forget that these are generalizations. Even the most hardcore males “had something in their eyes” when Noah built his dream house for Allie even if they won’t admit it.

With that said, one exciting aspect of watching movies is challenging your taste and finding those hidden gems that you never thought you’d actually like. Even if your personality tells you what you would most likely enjoy, it can also expose a couple of genres that would in fact fit your personality like a hand in a glove. It all boils down to using your unique personality to your advantage!