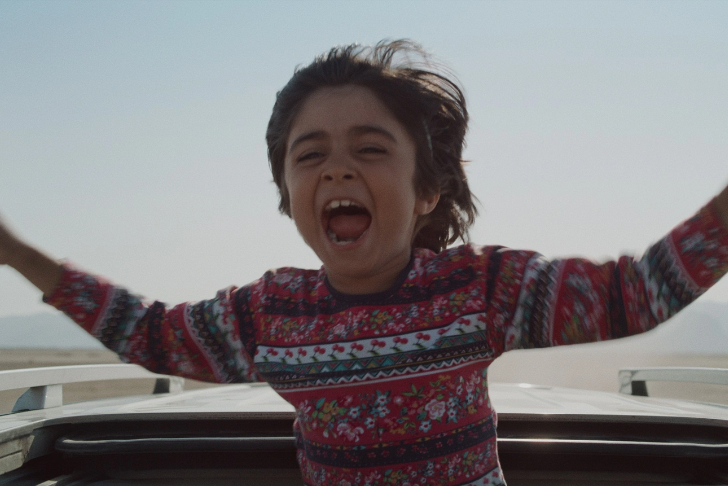 We are closely following the situation in Iran and it has reminded us of this inspiring tale of a stargazing Iranian girl that never gave up on her dream. In this list, you will find the story of ambitious Sepideh and much more about Iran. As a country rich in culture and amazing people, we thought we would share our favorite movies and documentaries from and about Iran.

This powerful documentary shines a light on the political history of Iran as filmmaker Ali Samadi Ahadi draws on archival footage, animation, blogs, Twitter postings, and more to document Iran's Green Revolution. The Iranian government, under President Mahmoud Ahmadinejad, faced backlash from citizens after an allegedly fraudulent result of the 2009 Iranian presidential elections. This is the story of the protests and human rights violations that followed.

The Queen And I is a Swedish-made documentary about Farah Pahlavi - the former Queen and Empress of Iran. Produced and directed by Iranian-Swedish filmmaker Nahid Persson Sarvenstani, the film follows the former queen and Nahid as they share thoughts and concerns about the country they both were forced to leave. Once standing on opposite sides of the conflict, the former Queen and Nahid give us an important understanding of Iranian history and the turmoil of 1979.

In this documentary, we are introduced to the life of young Sepideh who wants to become an astronaut. She spends her night exploring the secrets of the universe, while her family will do anything to keep her on the ground. The expectations for a young Iranian woman are very different from Sepideh’s ambitions. Her plans to go to university are at risk as she takes up the fight and teams up with the first female space tourist, Anousheh Ansari. A truly inspirational documentary that explores the dreams of a young Iranian woman and the hardships of wanting something different than the norms and traditions. This is a must-watch documentary right now.

Writer and director Asghar Farhadi was nominated for best original screenplay at the Oscars back in 2012 for this movie. Although he didn’t personally win, A Separation took home the win for the best foreign language film of the year. This drama follows a married couple, Nader and Simin, faced with a difficult decision - to improve the life of their child by moving to another country or staying in Iran and taking care of Nader’s father suffering from Alzheimer's. If you are looking for a high-quality Iranian movie, then this is the one for you.

The second Asghar Farhadi movie on this list is A Hero. Selected as the Iranian entry for the Best International Feature Film at the 94th Academy Awards, this movie is for sure a great watch. When Rahim, a man put behind bars for not being able to repay a debt, is on a two-day leave, he tries to convince his creditor to withdraw his complaint against the payment of part of the sum. But things soon prove to not go the way that Rahim had imagined. A thoughtful story about morality and the desperation to prove oneself makes this movie an obvious choice.

A strong story, good visuals, and a beautiful Persian soundtrack makes Hit The Road a must-watch Iranian movie. A chaotic, tender family sets out on a road trip across a rugged Iranian landscape. While fussing over the sick dog and getting on each other's nerves, they have a goal: reach the Turkish border and smuggle their young adult son out of the country. Written and directed by Panah Panahi, this movie is dramatic with hints of comedy. Another great choice to familiarize yourself with Iranian culture and the spirit of the people.