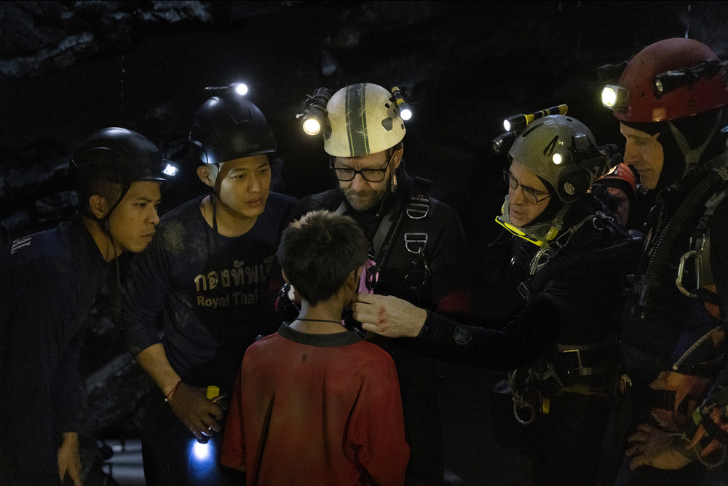 Movies To Watch Based On A True Story

Movies based on a true story have that extra something that ultimately adds to the whole experience of consuming a good story. When you know that the plot you are watching isn’t a writer or producers own imagination (with all due respect) but something that actually happened, it brings another level of cinematic magic to the big white screen. To please our need for true stories, we have listed a few of our favorites that you might have missed. Let’s take a look!

We love dogs. We love Togo. This movie tells the true story of a dog who, against all odds, participated in the 1925 Great Mercy Race together with his driver Leonhard Seppala. This is a truly heartwarming story taking place in a cold environment. With Disney pulling the strings we know we can expect a family friendly movie, but don't underestimate it, both kids and adults will have a hard time trying to not shed a tear or two. Togo is a fantastic movie based on a true story.

A story based on true events is often inspiring or motivational in one way or the other. This sports movie about an underdog team of runners is not different. When a struggling coach and teacher finds himself in one of the poorest cities in America, he turns his attention to creating a team of championship runners. In short, this movie is a touching and entertaining biopic that appeals to those who need an extra push of motivation. An excellent choice if you are looking for a movie based on true events.

Starring Viggo Mortensen and Colin Farrell, Thirteen Lives recalls the true events that took place in 2018 when a football team and their coach got trapped in a system of underground caves during sudden floods. In order to save the team, an enormous team of people from across the globe gathered for the rescue mission. But time is ticking and the cave is starting to collapse, making it an incredible hard task to overcome. This movie is extremely suspenseful and often needs reminding that this actually happened. In short, a great movie based on true events.

Staying on the topic of running, Race is yet another story about an underdog taking on impossible odds on the world's biggest stage. Jesse Owen wants to be the greatest track and field athlete in history, but when he finds himself at the 1936 Olympics, he has to face Adolf’s Hitlers vision of Aryan supremacy. To summarize, an inspirational movie based on a true story that serves as a solid sports flick. A great choice!

This hidden gem of a movie is based on a true story and takes us back in time to a decisive moment during the second World War. Told from three perspectives, we follow a British glider pilot, a dutch boy behind enemy lines, and a dutch girl who finds a secret resistance plotting against the Nazis. Although different stories, they all share the same goal - to fight for freedom. The Forgotten Battle is a complex but refreshing addition to the array of WW2 movies we have already seen. In other words, a thrilling war movie based on a true story.

Who knew digging could be so interesting? In this biographical drama, we see an archaeologist embark on the historically important excavation of Sutton Hoo in 1938. Although slow paced, this movie is brilliant in the way it keeps you watching and almost forces you to study the characters. Essentially, The Dig is more a story of our place in history, when confronted with what came before us, than anything else. Based on true events, this story is beautifully told with a constant hint of melancholy. Well-worth your time!

If you are looking for an engaging historical drama, you’ve just found it. Nikolaj Coster-Waldau stars alongside Joe Cole as the two explorers who were left behind while on an expedition in ice-covered Greenland in 1909. Forced into survival mode, the pair has to face the brutal powers of nature, fatigue and hunger all while trying to find a way back to the ship and the rest of the crew. An astonishing and beautiful story based on true events.