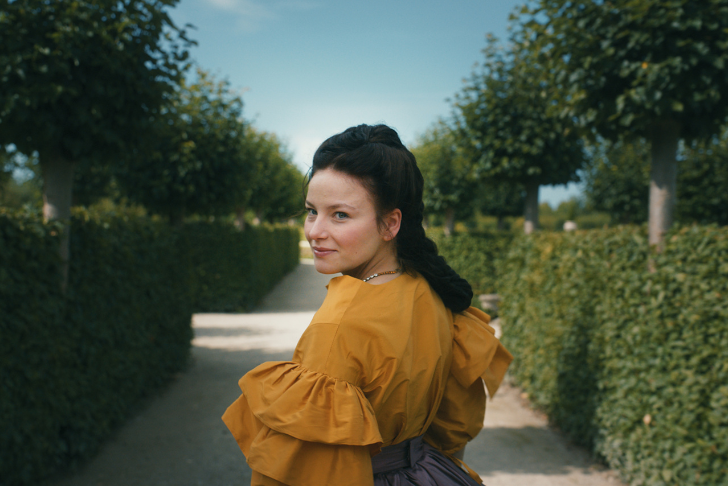 This week we have a variety of new TV shows, movies and documentaries that look more than promising. Apple TV and Netflix are leading the pack with content that we think is worth watching. Everything from period dramas, to thrillers and documentaries about sport - this week has something new for everyone. Let’s get this show on the run!

The Bear is set in the busy streets of Chicago, as Carmen Berzatto, a brilliant young chef from the fine-dining world, is forced to return home to run his family sandwich shop - the Original Beef of Chicagoland - after a heartbreaking death in his family. A short and sweet limited series that promises intense moments, great characters and real insight into the life of a hectic kitchen. In short, a great new show to binge-watch right now.

Following the events taking place in Ukraine right now, this movie may not be for everyone. This is a story based on true events brought to us by Zac Efron playing “Chickie Donohue” in an adventurous, comedy-drama set in 1967. While his childhood friends are fighting in the Vietnam war, Chickie is tired of doing nothing back home. So, he decides he is going to travel across the globe, into the war zone and hand deliver them all a can of beer. But war isn’t all fun and games, which Chickie soon finds out.

If you like The Crown, you’ll like this. The Empress is a great period drama set in the 19th century. The gist of this romantic story is simple: two young people meet. He is Emperor Franz Joseph of Austria-Hungary. And she is Elisabeth von Wittelsbach, Princess of Bavaria and the sister of the woman Franz is to marry. Jealousy, intrigue and power struggles is what we can expect from this new 6-episode Netflix series, perfect for a weekend binge-watching session.

Based on true events, this TV mini series follows a group of doctors and nurses at the New Orleans hospital during the catastrophic aftermath of Hurricane Katrina. During five days, without power and the functioning equipment, the employees at the hospital are forced to make life-or-death decisions that will haunt them for years to come. This series is another great contender to binge-watch this weekend.

This mystery thriller starring Mila Kunis looks like a great weekend movie. She plays Ani FaNelli, a New Yorker who appears to have it all, as the director of a crime documentary invites her to tell her side of a shocking incident that took place when she was a teenager. Confronted with the dark truth, her perfect life starts to fall apart. A nitty-gritty story makes this new release an exciting one for the weekend.

Basketball is one of the biggest sports in the world, and in this new documentary, we follow The Redeem Team - the U.S Olympic Men’s Basketball team and how they set a new standard from American basketball. After a horrible performance at the 2004 Olympic Games, a team consisting of players like LeBron James, Dwayne Wade and Kobe Bryant went to Beijing in 2008 with one goal: to win the gold medal. If you like sports, this is an obvious choice.

Conversations With A Killer: The Jeffrey Dahmer Tapes (2022)

This three-part documentary released tomorrow, offers an unsettling view into the mind of the gruesome serial killer whose life story has been the limelight the last couple of weeks after the incredible success of Netlifx’s “Dahmer” - a drama series based on Jeffrey Dahmer. Conversations With A Killer is not one for the faint-hearted as it depicts real events in a brutal manner. If you enjoyed Dahmer, you need to watch this follow-up documentary this weekend.