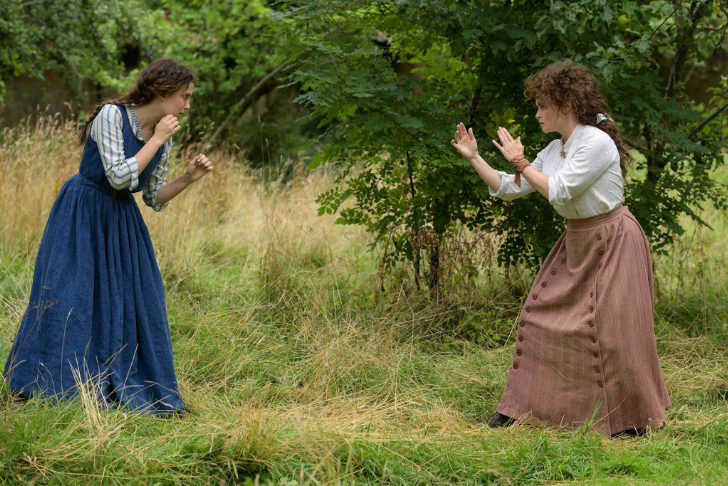 The Best Adventure Movies To Watch

Adventure movies often reminds us of Indiana Jones or Around The World In 80 Days, but there are so many more entertaining adventures out there. In this article, we have gathered a few recommendations that we think you’ll enjoy. There is everything from ghosts and aliens, too jungles and video games. In other words, something for everybody. Let’s take a look at the best adventure movies to watch!

When talking about adventure movies, there has to be at least one movie set in a jungle. And Jumanji takes place in, you guessed it, a jungle. When four teenagers find a dusty old game and decide to play it, they are magically sucked into the game and enter the Jumanji world as four different characters each with a set of distinctive skills. Their mission is to complete the game in order to escape the jungle. This is a great, family-friendly adventure movie guaranteeing a few giggles and good entertainment.

If you enjoyed Game Of Thrones or Lord Of The Rings, then this adventure movie is for you. We follow Arthur who comes up the hard way in the back alleys of the city. Robbed of his birthright as the orphaned son of King Uther Pendragon, he is forced to acknowledge his legacy once he pulls the sword from the stone. Directed by Guy Ritchie and starring Charlie Hunnam, you can expect bold British humor and cheeky dialogue. In other words, an exciting addition to the adventure genre.

Enola Holmes may ring a bell now that the second movie has been released, but before you watch that, you should of course watch the first movie. Set in 18th-century England, Enola Holmes embarks on an adventure when she finds out her mother is missing. Before her disappearance, her mother left Enola a few odd gifts. While outwitting her famous brother and meeting a mysterious young Lord, she does her best in trying to find her mother again. Although an adventure movie, it is also a story of a young teenage girl trying to find her place in the world. In other words, Enola Holmes is the perfect movie to watch with your daughter or family.

If you play video games, you know what NPC stands for. If you don’t, NPC is what we call characters in games who have no value other than just existing. It may seem harsh but they are “non-playable characters” and therefore unimportant. But what happens if an NPC realized that was all he was? In this movie, we follow a bank teller who discovers he is actually an NPC living inside a brutal, open-world video game. Free Guy is an action-packed, funny, and interesting story that also carries a heartfelt message. In short, a great adventure movie.

Mixing adventure, action, and sci-fi, Oblivion starring Tom Cruise is one of our favorites on this list. It is said that the less you know about this movie, the better. To keep it short then, Cruise plays a veteran assigned to extract earth’s remaining resources but begins to question what he knows about his mission and himself. A solid adventure movie full of emotion, intrigue, and overwhelming action scenes makes this a great choice for movie night.

Nowadays dubbed as a cult film, District 9 had viewers mind-blown when it was released back in 2009. This thriller follows an extraterrestrial race forced to live in slum-like conditions on Earth nicknamed “The Prawns”. When a Multi-National United operative exposes himself to a strange alien chemical, he has to rely on the help of two Prawns. As a sociological, sci-fi thriller, District 9 is like a breath of fresh air in the adventure genre and one you should definitely watch.

The classic Ghostbuster movies have left fans longing for a sequel to make them justice, and this might just be the best adaptation yet. When a single mom, Callie, moves with her two teenage children to a small town in Oklahoma, they find mysterious equipment, unexpected secrets, and a strange vehicle left in a barn by Callie’s late father. Will the family connect the dots and discover their connection to the original Ghostbusters? To summarize, a worthy successor of the classics and a great adventure movie to watch.

Looking for other types of adventures? Check out these two articles:

Movies to watch about travel