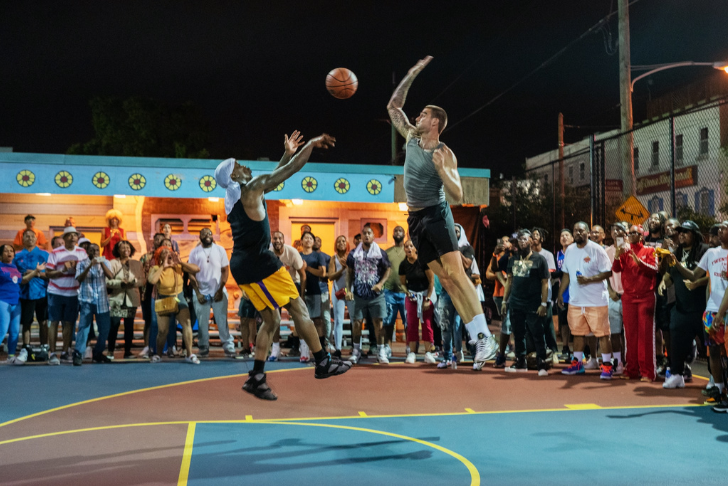 The Best Sports Movies To Watch

The NFL is well underway and the prestigious World Cup is just around the corner. We thought this would be the perfect time to set our moods right for an active winter with a few high quality sports movies. In this article, you’ll find a mix of classic sports movies, new releases and a few that might have gone under the radar. The referee has blown the whistle, let’s play!

Netflix’s popular Drive To Survive documentary has spiked the interest in Formula 1 the past year. The sport has found a set of new fans that might have not seen this classic sports movie yet. Rush follows the legendary battle between Niki Lauda and James Hunt during the glory days of Formula 1 in 1970’s. In a sport with no margin for error, Lauda and Hunt pushed each other to the limit both on and off track. Their rivalry is often regarded as one of the greatest ever, and we get to experience it all over again with this movie. In short, one of the best sports movies!

Although 22 years old, Remember The Titans still holds up as one of the best sports movies ever made. Denzel Washington shines as coach Herman Boone, a newly appointed African-American football coach who has to integrate his team with an all white team during segregated times in suburban Virginia. Based on true events, the team becomes a symbol for the community as the boys and their parents have to learn to trust each other. If you are looking for a powerful and inspirational sports story, then this is the one for you.

In this movie, Adam Sandler proves once again that he is a versatile actor and not only the cheeky comedic actor we have seen in the past. Hustle is the story of a former pro basketball scout who finds a young prodigy playing in a park outside Madrid. Together, they embark on a journey to reach the center stage of basketball - the NBA. This movie is a love letter to basketball that promises a lot of goosebumps with its uplifting and touching story. Even if you are not the biggest fan of the sport, this sports movie is definitely worth a watch!

Toolsidas Junior is the definition of a hidden gem when it comes to sports movies. Maybe because it's from Bollywood, which shouldn’t scare you away. When 13-year-old Midi watches his father lose the 1994 Club Snooker Championship to his arch-rival, he decides to take on the impossible task of restoring his father’s name and fulfilling his dream. This is a refreshing feel good movie with an inspiring message that has gone under the radar. In short, a must watch sports movie.

Autumn is unofficially known as the American football season, so what’s more fitting than watching a movie of one of the biggest NFL underdogs ever? American Underdog is based on true events and follows the story of Hall Of Fame quarterback Kurt Warner, who went from stocking shelves at a supermarket to becoming an American Football superstar. As a true feel good movie, this story is deeply inspiring and a great choice if you are looking for a sports movie to watch.

Fighting With My Family is a comedic heartwarming film based on a true story. Former wrestler Ricky and his wife make a living performing with their children. Soon, the kids find themselves auditioning for the WWE which proves to be harder than anything they have done before. Written and directed by Stephen Merchant, this movie is filled with classic English slapstick comedy and even if wrestling is not your favorite sport, you'll still love this one. In other words, a great choice for a sports movie.

Family, sacrifice, and basketball - that is the premise of this movie. Based on a true story, Rise follows three Nigerian-Greek brothers and their journey which saw them become the first set of brothers to be crowned NBA champions in the history of the league. At the core of their story is the idea that hard work pays off, which demands discipline, courage and dedication even during the worst of circumstances. The story of the Antetokounmpo brothers is truly inspiring and heartwarming, which makes Rise a solid choice for if you want to watch a sports movie.

Not in the mood quite yet for sports? Don’t worry, we get it. Here you can find our recommendations for

Good Movies To Watch This Autumn