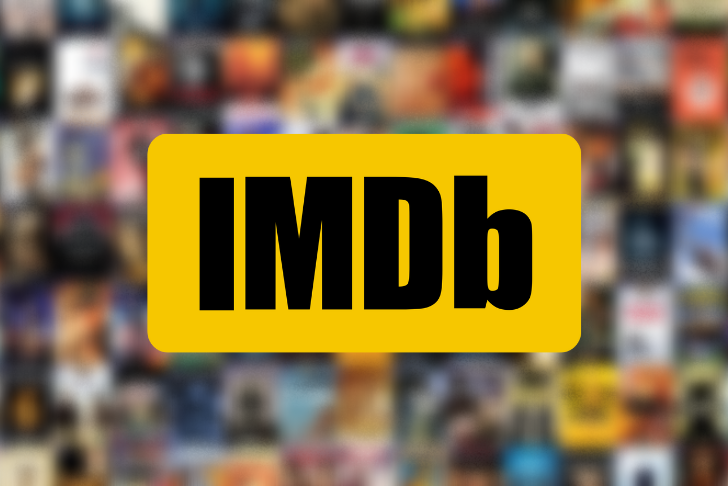 When scrolling through a streaming platform, searching for that one movie to suit your fancy on a Saturday evening, have you ever used the IMDb rating as a first indication of how good or bad a movie is? Well, most of us have and there are good reasons why. IMDb or The Internet Data Base is one of the giants when it comes to movie databases for film fanatics. Or dare we say “amateur movie critics'? In this article, we take a closer look at how IMDb ratings work, the difference in ratings between genders, and how to get less frightened of lower-rated movies.

How do IMDb ratings work?

As IMDb is not typically used by recognized movie critics, the ratings and reviews are made by the people, for the people - except we are not on there to start a political revolution, we simply use it to express what we like and dislike about a certain movie or TV show. It is for sure a quick and easy way for the average Joe to get a general sense of what to expect from a movie like...let’s say...Divergent (2014, IMDb: 6.6). Correct us if we are wrong but, by some unwritten law that has been widely accepted by the general public, movies with an IMDb rating below 7 are dangerously close to being labeled as unwatchable. By this rule of thumb, Divergent with its average rating of 6.6 and 500.000 reviews, may suggest to Joe that “this is not the one for tonight”.

But once you dive below the surface of the average rating on IMDb, you’ll find an ocean of valuable information by different genders and age groups that can indicate a more accurate rating. In other words, the “average rating” tells only half the story.

If you were to ask 500.000 strangers on the street for their opinion on literally anything, we guarantee that you will not find common ground with all of them. It’s impossible. We are too different. At the bare minimum, you’d have to consider aspects like gender and age when trying to find common ground. For example, let’s imagine you discovered a new soda that you haven’t tried yet, and you are not sure if it’s worth risking your hard-earned money buying it. What do you do? Well, you could go out on the street and start asking people if they liked it. Ten females in their 30s loved it. Five males in their 50s said it was decent. And five 20-year-olds said it was the worst thing they had ever tasted. If there was a database for sodas, this particular soda would score an average rating of 6.0. In reality, the soda was much more appreciated by women in their 30s than 20-year-olds.

Already, this information is more useful than the average rating. If you were a woman in your 30s then this particular soda may be the best thing to ever happen to you. Or, if you just celebrated your 20th birthday, you would probably avoid it at all costs. By understanding the actual ratings lurking behind the average one, we can start to become less terrified of movies (or sodas) with a lower IMDb score.

IMDb Rating By Gender and Age

Circling back to Divergent, as the perfect example of this phenomenon, its average rating is based on hundreds of thousands of reviews and opinions. Sure, the average IMDb rating indicates that this movie may not be a contender for the best movie ever made, but as soon as we look past the average rating we can see a different score pattern.

Looking at the IMDb demographic chart, Divergent scores significantly higher with females in all age groups compared to males. With almost one point higher, Divergent proves to be more enjoyed by female audiences demonstrating that not only does the average rating “disguise” the real ratings by gender, but also shows how movies can score differently between males and females. But why is that?

It could be because Divergent centers around a female protagonist, therefore resonating stronger with the female audience. Shailene Woodley, starring as Beatrice Prior in the movie, was 22 years old back in 2014, which could explain why females aged between 18-29 rated Divergent highest of all ages and genders. This is one element of what we call “mirror-watching” -  being able to identify with a character or story based on similarities between yourself and them. Sometimes, mirror watching is more obvious than other times. It could be based on factors as simple as similar age between you and an actor or sharing the same gender. Mirror-watching could also be situation based. Why is it that some of us turn to cheesy romance stories when we are going through a break up or falling in love? We unintentionally seek to mirror what we are going through by watching someone going through the same thing. It’s comforting. Mirror-watching ties to our personality and who we are.

By contrast, the male audience most likely didn’t find common ground with the protagonist or story, leaving them disappointed and slapping on an average rating of 6.4. Another example of an even greater difference can be found in the ratings of Sex And The City (1998-2004) where males gave the TV show a mere 6.1, while females rated it at a whopping 8.1.

Another aspect of the IMDb rating concerning gender demographics is the difference between the amount of male and female users on the database. There are less than half the amount of female ratings on Divergent as there are by males. In short, if a movie doesn’t hit the ground running with its male audience, it is more likely to score lower in its average rating no matter the input from the female audience. If it was the other way around, Divergent would score a solid 7.0 saving it from entering the dangers of “the unwatchable swampland of sub-seven ratings”.

In short, the average IMDb rating does not account for the difference in the number of votes by males against females in an honest way. Because there is a higher number of male users on IMDb, most movies and TV shows will have an inflation of “male ratings” giving them an upper hand on the average IMDb score every time.

There are various reports circling around the world wide web on the relationship between favorite genre and gender. These reports usually show the same pattern when it comes to prefered genres by males and females. For example, females tend to enjoy drama, comedy and action more than men. “Hold up. Action? I thought only men liked action.” Steady on, grandpa. The times they are a-changin’. Sort of.

Some stereotypes have been partially confirmed by a handful of reports and studies. It is true that women tend to enjoy romantic and melodramatic movies more than men, who prefer adventure and suspenseful films instead. Men also seek gritty violence and sexual content more often than women. Although these gender stereotypes sound a bit…old fashioned and outdated, they are still relevant when talking about IMDb ratings.

Hollywood hasn't been the best throughout its history in giving equal opportunities for females versus male players in the film industry. Surprisingly (not) it took up until the #MeToo Movement for the industry to realize that there was a market for female protagonists and filmmakers. And what followed was a small boom of female lead movie productions. Reports suggest that the female audience tend to enjoy movies made by female directors or producers, or lead by female protagonists, more often than not.

Circling back to IMDb, and to what we already touched ground on, there is a deficit of female users on the website to really challenge male ratings. This may be one of the reasons why female-favored movies and genres tend to score lower. We are not saying that male users rate movies that appeal more to women lower for that reason alone, but once again, mirror-watching comes into play. And surely it goes both ways. Generally. Think about your favorite movie: why do you like it so much? Can you identify in some way with a character, the story or the situation you were in when you first saw it? In fact, your personality can affect your taste in movies. Read more here!

All in all, IMDb ratings are a great tool to get a quick understanding of the general quality of a particular movie or TV show. Heck, we even use it to give you a first indication of what to expect from a recommendation. But it is important to understand that the average rating only tells half the story. And there is really nothing to stop you from enjoying a movie with a 6 or lower rating just as much as a movie with a 7 or higher. Factors like gender and age are important to at least consider when looking at the IMDb rating for a particular movie or TV Show. There has been some backlash at IMDb for their rating system and the lack of a “truer” score. So, what can we take from this? There is a lot of top quality content out there that we may miss if we only look at the average rating. The “7 or higher” unwritten rule is meant to be broken, maybe you’ll even find your next favorite film when challenging the average rating. How cool would that be?