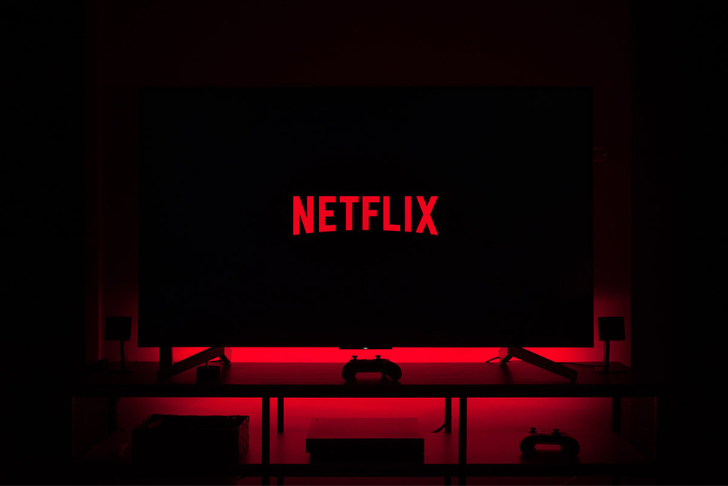 The Phenomenon of Binge-Watching

We are not ashamed to admit that we are avid “bingers”, and you have most likely been there yourself. It’s hard to stop watching your favorite TV series when streaming platforms automatically play the next episode within a few seconds of the last one ending. “Just one more” easily becomes three, four, five episodes or even an entire season. Why do we do it? Is it a waste of time? The phenomenon of binge-watching is fascinating, and in this guide we take a closer look at what it actually means.

“Are you still watching”?

We know we are in a serious binge-watching session when Netflix asks us if we are still watching. It’s a good feature if you fall asleep in front of your screen, but when you are wide awake and ready for more it becomes a painful reminder that “Hey, maybe you should be doing something else now.” Netflix themselves say this feature is meant to help users limit their internet data usage and not lose track of where they are in their favorite TV series. If that’s the case, it makes sense. But what if you are still watching?

Maybe it sounds silly, but binge-watching can actually be addictive. Like drugs or nicotine, binging a series produces dopamine. Dopamine is a chemical that boosts feelings of pleasure or happiness and it makes us feel satisfied. Over time, your brain develops cravings for whatever provides these feelings and eventually creates a sort of loop - the more you binge, the more dopamine is sent to your brain. More dopamine, more binging. And so on. It’s not even necessarily the actual series that gives us these spikes of dopamine, but the unique act of binge-watching that does the trick.

In a study by Netflix, 73% of the participants had positive feelings towards binging a series and defined an average binge-watching session to be between 2-6 episodes. To better understand the phenomenon of binge-watching, Netflix had cultural anthropologist Grant McCracken give his interpretation of the study. McCracken explains how a new type of TV viewing has emerged alongside the rapid growth of streaming television. The individual user has more control over everything when it comes to consuming TV, creating new norms and new streaming habits. The most notable of these is binge-watching.

The same study also revealed that 76% of streamers take to TV shows and binge-watching to escape their busy lives. Continuously watching numerous episodes becomes an easy and comforting escape from everyday life, making binge-watching a sort of guilty pleasure.

Users of TikTok will testify to feeling endlessly “stuck” scrolling through the social media platform's easy-to-use-never-ending-very-addictive flow of videos. Among other things, TikTok helps users temporarily cure boredom, and the same can be said about binge-watching television. This became evident during Covid-19 and lockdown, when people were forced to stay at home and quickly become bored. Film and media scholar Tina Kendall’s research article “From Binge-Watching to Binge-Scrolling” introduces us to something she calls The Bored Body Problem:

“While the paradigm of binge-watching is in some senses tailor-made for the situation of lockdown, at some point, it eventually comes up against what I am calling “the bored body problem.” At stake here is not just the issue of what to do with one’s own body when freedom of movement has been severely curtailed, but, more pointedly, the problem posed by any human body’s threshold for sustained attentive engagement.”

Let’s break it down. Binge-watching or binge-scrolling is the result of individuals needing to feel engaged, thus turning to the activity of binging as “something to do.” As we touched on before, binge-watching is a very simple but effective activity to enjoy yourself and pass time. While boredom can be…boring, what our bodies need in that very moment is to feel engaged. Tie this with the dopamine kicks provided by binge-watching, the solution to the bored body problem becomes relatively obvious: “just one more episode.”

Factors like boredom, dopamine highs and guaranteed entertainment make up the science behind binge-watching and give us an explanation as to why we do it. Although the phenomenon has grown to be socially accepted in the last few years, there are a few backside to binging.

Is it a good or bad thing?

First of all, there are of course some upsides to binge-watching. Psychiatrists agree that the release of dopamine when binging can effectively relieve stress and anxiety. When looking at the bigger picture, depending on what you choose to watch, TV-series can also provide meaningful insights or motivation for us to take inspiration from, making binge-watching a valuable experience. And even if binge-watching can be interpreted as an anti-social activity, individuals who binge their favorite series tend to engage more often than not in the community around that particular series. Socializing in fan forums, on social media or together with friends and family are certainly a few of the many positive outcomes linked directly with binge-watching.

As with everything else, there needs to be balance in the force. The list of negative effects of binge-watching looks uninviting to say the least. Decreased physical inactivity, sleep problems, blood clots, heart problems, social isolation, behavioral addiction or cognitive decline are among the side effects that stand out. Sounds heavy, we know. By being aware of what binge-watching does to your mental and physical health, you will notice when it’s time for a break from binging or when you need it the most. The side effects, positive or negative, vary from person to person and in the end only you know what is best for you when it comes to binge-watching.

So, when should I stop binge-watching? Whenever you feel satisfied. Binge-watching shouldn’t be seen as a chore or something you must do, but something you want to do. Maybe you find binge-watching a complete waste of your precious time, hence binging is not for you. Or you find it relaxing and entertaining making it the perfect excuse to stay home during Saturday nights. There really isn’t a “one-size fits all” formula for how much is too much binge-watching.

A long, long time ago in the age of cable television we had to wait a week or more for the next episode of whatever series we were watching. It was practically impossible to binge-watch back then. Although streaming platforms still keep to the tradition of releasing episodes of a new series weekly, we are seeing more and more series dump an entire season right before our hungry eyes these days. It’s no secret that streaming created the phenomenon of binge-watching.

What constitutes a well-performed binge-watching session is said to be around 2-6 episodes in one sitting. It may sound like much, but if the average TV episode is around 40 minutes, you are really looking at spending as much time on a series as you would with watching one or two movies in a row. In reality, there is not much difference between binge-watching your favorite TV series and watching a full Martin Scorsese movie (yeah, they can be that long).

Binge-watching also comes in different variations. Sometimes we direct our full attention to a series minimizing the risk of missing any important plot points. In other words, we enter the realm of “attentive viewing”. We are then truly invested in the story, asking ourselves why certain things are happening and we can’t wait to find out the answers. “Next episode, please”

On the other hand, certain series serve as great background noise which leads us into a passive viewership, where we are not really following  the story but continue to watch just to keep us occupied. Like reading a page from a book without registering what the words actually say. In both scenarios, we can easily consume a fair amount of episodes without thinking about it. Passing time or lusting for more of the story, binge-watching is a phenomenon that comes in all different shapes and sizes.