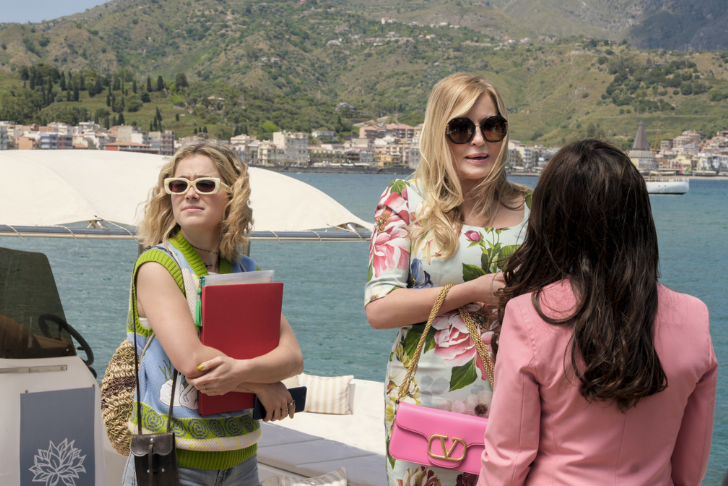 The White Lotus Season 2 - Everything You Need To Know

The White Lotus was the talk of the town last summer when the first season premiered. The TV series quickly grew popular both among fans and critics, made evident by its twenty Primetime Emmy nominations. It was inevitable that a second season had to be made even though HBO intended for the show to be a limited one season mini-series. With the new season creeping its way to our screens soon, we have gathered everything you need to know to stay on top of what to expect. We think “you’ll find this really cathartic” to put it simply. Let’s dive right in!

Described as a “sinister, tropical vacation”, the first season of The White Lotus was a true hidden gem that hit the ground running with its audience. An exciting mix between  murder-mystery and dark comedy, combined with a story filled of twists and turns, there really wasn’t anything not to like. Set in a tropical resort, the story followed the exploits of various guests and employees over the span of a week. Never knowing who would be the next to go home in a casket, the cast brilliantly portrayed characters that were easy to dislike but ever so inviting and interesting to follow. To summarize, the first season was a masterpiece of discomfort.

Jennifer Coolidge killed it in the first season. In fact, she flourished as Tanya McQuoid in such ways that she is the only cast member to return in an entirely new ensemble of actors in season two. Although her on-screen husband will probably make an appearance again as well. Alongside Coolidge, we’ll be seeing a few big names taking a (not so) relaxing vacation at the White Lotus. Theo James, Aubrey Plaza, F. Murray Abraham and Tom Hollander are a few among the new star-studded cast.

Season 2 - Here Is What We Know

In the second season of The White Lotus, everything is new. New cast and a new location - we won’t be returning to Hawaii, but this time we’ll pack our bags for the warm Mediterranean sun on Sicily. We can expect to see  these privileged tourists clash as they gather for a post-pandemic vacation at The White Lotus. Very exciting.

Let’s meet the tourists. Micheal Imperioli, F. Murray Abraham and Adam DiMarco play a three-generation Italian-American family who plan on visiting their ancestral homeland for a subtle family retreat. Then we have Tanya McQuoid (played by Jennifer Coolidge of course) and her assistant Portia, who may or may not lure DiMarcos character away from his father (Imperioli).

Aubrey Plaza (Harper) and Will Sharpe (Ethan) play a couple who recently became rich and have been invited by a college roommate and his wife to join them at The Lotus for their holiday. And then there is the English expat played by Tom Hollander who grows obsessed over Tanya.  As you do.

Our gears are turning and we’re trying to figure out who’s gonna betray who, which  vacationer will not be coming home, and what The White Lotus in Sicily has in store for us. Time will tell, but lucky for us we don’t have to wait much longer. On the 30th of October the second season will premiere on HBO. Our bags are packed, we got our passport in our hands and our bellies are filled with excitement as we binge-watch our way to Southern Italy.

With Halloween coming up, you can kill some time before the second season of The White Lotus with a great but scary movie:

Find a movie to watch during halloween here

If you’re not in the mood for horror, check out what’s the latest releases on streaming platforms right here: